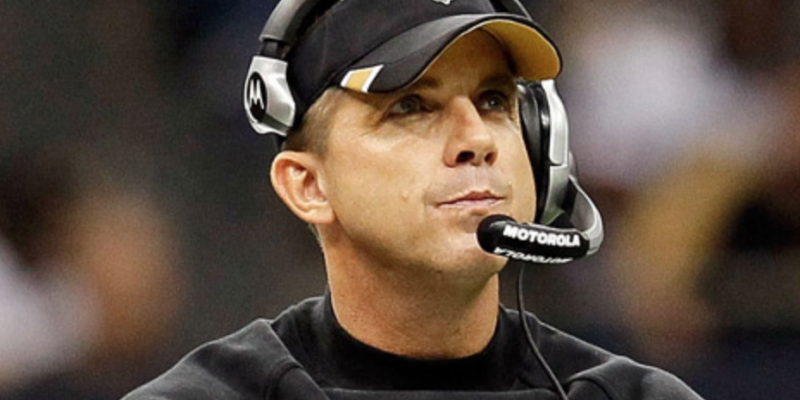 A column titled “New Orleans Saints’ plan for NFL draft war room at a bar is dumb, dangerous” by Nancy Armour of the USA Today has, according to Saints head coach Sean Payton, about 8% truth to it.

Armour opened her piece with even more of a pot shot at the organization, derisively congratulating the team and saying they had “finally found a way to be dumber than Mike Ditka on draft day.”

According to Armour’s article, the Saints are planning to hold their war room for the NFL draft at Dixie Brewery. She mentions that Payton just got cleared after being diagnosed with the Wuhan coronavirus on March 19.

These things are true.

She also linked the Saints team to its city, asserting that it is one of the “hottest spots in the country outside New York City for COVID-19 cases.”

This is where her analysis likely starts to peeve Coach Payton.

She mentions the jeopardizing of health and safety.

She also believes fans will be tempted–beyond their ability to hold back–to stroll down to the brewery to catch a glimpse of Payton and general manager Mickey Loomis doing their thing.

She says the league needs to “shut down this awful idea.”

The only problem with all of this is that it leaves out an enormous portion of the truth. Payton took to Twitter to call out Armour on her baseless accusations, commenting under her tweet.

Nancy,
You have 8% of your facts correct with this piece! Unbelievable. We need accurate reporting now more than ever. We're in this together. #facts

Her tweet has incited many fans across the country to attack Payton and the Saints organization. Just read some of the comments there. And it is all based on a case of woefully missing information.

The truth is that Dixie Brewery is in an isolated, industrial, ultra-low traffic part of the city. Its location there is precisely why Payton chose it—so that people couldn’t in fact get to them and put anyone at risk.

“It’s clean, it’s brand new, there’s no one out here,” Payton said. “We have our board set up, we have seven monitors.”

Former Saints running back and current radio color analyst Deuce McAlister took a jab at Armour, tweeting “Now you know how those #WHODATS can be, just out on the daily stroll on a service road, in an industrial area.”

Lastly, Armour’s column conspicuously fails to mention the Benson family, namely Gayle, who owns the Saints and Pelicans and has held a majority stake in Dixie Brewery since 2017.

As Luke Johnson states, “A team spokesman said the organization looked at many options for a meeting space for limited staff use, including Benson Tower, but Dixie Brewing—which is currently closed to the public—presented the most sensible option.

It seems as if Coach Payton and the Saints did in fact do their homework on this one. I know it happens, but you really messed up on this one, Nancy.