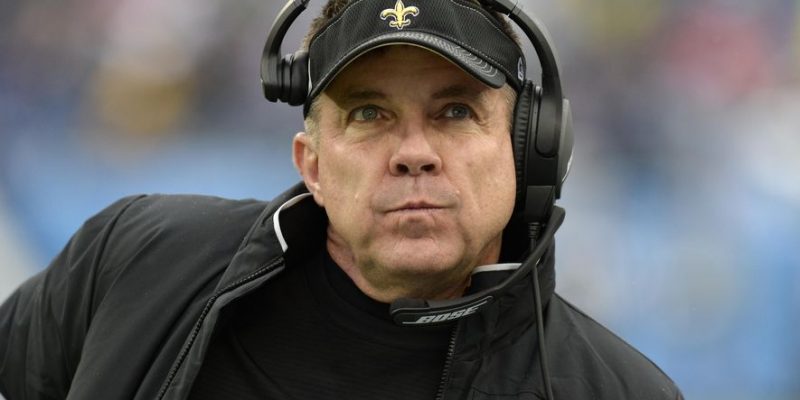 This week a big name in the NBA, Kevin Durant, was diagnosed with the COVID-19 coronavirus.

Now the NFL is reporting its first big name case. Sean Payton, long-time head coach of the New Orleans Saints, has been infected by the virus.

Payton told ESPN that he thought it was important he reveal his diagnosis. It will help other people believe in the severity of the virus, and to follow precautions set forth by government and health officials. He said that he was tired, but that he has a mild case of the virus, without fever or cough.

He said he was also making sure to practice good quarantine protocols while he was sick.

“This is not just about social distancing,” Payton said. “It’s shutting down here for a week to two weeks. If people understand the curve, and understand the bump, we can easily work together as a country to reduce it. Take a minute to understand what the experts are saying. It’s not complicated to do what they’re asking of us. Just that type of small investment by every one of us will have a dramatic impact.

“I was fortunate to be in the minority, without the serious side effects that some have. I’m lucky. Younger people feel like they can handle this, but they can be a carrier to someone who can’t handle it. So we all need to do our part. It’s important for every one of us to do our part.”

Unfortunately it seems Payton made a mistake. He is saying the right things now, but it is likely he is regretting his trip to the horse track  at Oaklawn Park in Arkansas this past weekend.

Coach @SeanPayton joined @BritneyEurton at Oaklawn Park to talk about how Coronavirus could impact free agency in the NFL as well as the upcoming draft.@FanDuel pic.twitter.com/tUSf4K3GIv

It is not my place to judge Coach Payton, so I’m not. This story simply proves that people cannot ignore what is being asked of them. Experts have warned that the virus can take 2-14 days for symptoms appear, and that those without symptoms at all can pass the virus. Payton started feeling sick on Sunday and was diagnosed on Monday.

The virus of course is spreading throughout the world. Louisiana has been one of the most infected states in America, likely because of Mardi Gras season just passed.

“The concern with Louisiana is the amount of people that come in and out of this area after Mardi Gras season,” Payton said. This is an area that doctors are concerned about. So our parents, and those that are more susceptible to this virus, deserve everyone doing their best to combat it.

“There are hundreds of people right now in tough predicaments, fighting for their lives. Let’s be part of the solution, not the problem. We can easily help reduce the numbers of those impacted. We have to do our best to beat this and I know we can.”

Get well soon, Coach. Let’s hope your story reaches millions and inspires them to do the right thing.