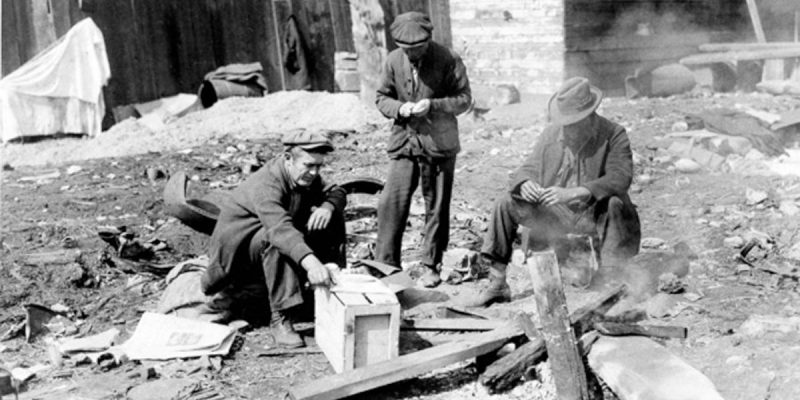 It took President Donald Trump three years to build the world’s best economy with an unemployment rate of only 3.5%, rising wages, strong consumer confidence and a robust stock market. Sadly, it only took three weeks for that healthy economy to be destroyed and the longer the economy is closed for business, the harder it will be for our nation to recover.

The economic statistics are truly staggering. The Congressional Budget Office (CBO) projects that the economy will shrink by 40% this quarter and that the unemployment rate will rise to 16% this year, before declining in the fourth quarter of this year and next year. For comparison, the nation’s all-time high unemployment rate reached 24.9% at the height of the Great Depression in 1933.

Since the shutdown began in mid-March, the nation has lost 26.5 million jobs. In Louisiana, there has been an astounding 5,677% increase in unemployment claims from last year. It has suffered the second highest percentage increase in unemployment, behind only Florida. These states and others that rely on retail sales, hospitality and tourism are suffering the worst. Other states like Vermont and Connecticut that have a greater number of high paying “white collar” jobs are doing much better.

Some health experts are arguing that the country cannot open the economy until there are almost no new COVID-19 cases. Such an argument is patently ridiculous. As noted by U.S. Senator John Kennedy (R-LA) such a strategy will lead to the collapse of the economy. According to Kennedy, “I wish we could do that, but we will have burned down the village to save it.”

Economic realities are why some states are moving forward with a limited opening, despite opposition from President Trump. The most aggressive action was taken in Georgia by Republican Governor Brian Kemp. He signed an executive order allowing a variety of businesses to open, including theaters, restaurants and gyms. These businesses must maintain social distancing guidelines and restrictions. The order did not extend to nightclubs or bars.

Other states such as Mississippi, Tennessee, Texas, Alaska, Montana and Colorado are relaxing restrictions and allowing some businesses to reopen. This trend will surely accelerate in the days and weeks ahead. Our country cannot afford to wait any longer, as we have no viable choice. Economic collapse is not an option that most Americans will tolerate.

This health driven economic experiment has already been too costly. It is undoubtedly one of the reasons why we have never closed our economy before, even during the flu pandemics of 1918, 1957, 1968 or 2009.

It is never a good strategy to throw people out of work, give them government checks and then try to restart the economy on a limited basis months later. There is no historical precedent showing that such a strategy has succeeded, certainly not on a short-term basis.

In response to the COVID-19 pandemic, there have been four stimulus packages already approved by Congress and signed into law by President Trump. These packages have cost over $2.8 trillion, boosting a federal debt that has already increased by $5 trillion during the Trump administration. The CBO report predicts the overall federal debt will approach $25 trillion this year with a budget deficit of $2.1 trillion next year. These debts are not sustainable as the federal government cannot print enough money to solve our self-imposed economic problems.

In the view of U.S. Senator Rand Paul (R-KY), these actions bring the United States “closer and closer to a point of no return, a point at which the world loses confidence in the dollar. A point at which our debt becomes an existential threat to our security.” He said, “No amount of money, not all the money in China, will save us from ourselves. Our only hope of rescuing this great country is to reopen the economy.”

Of course, Senator Paul is correct. If we do not reopen the economy, we will face an economic Armageddon worse than the Great Depression. Even an establishment Republican like Senate Majority Leader Mitch McConnell understands this reality. He warned his fellow Americans that “unless we get our economy up and running again there is not any way, we can spend enough to continue to prop up the country.”

President Trump claimed that the new relief package he signed on Friday will be “great for small businesses.” The reality is that a government loan is not “great,” but it is necessary assistance to allow many of these small businesses to remain open. True relief will not come until the economy is fully reopened and Americans can return to some semblance of normalcy.