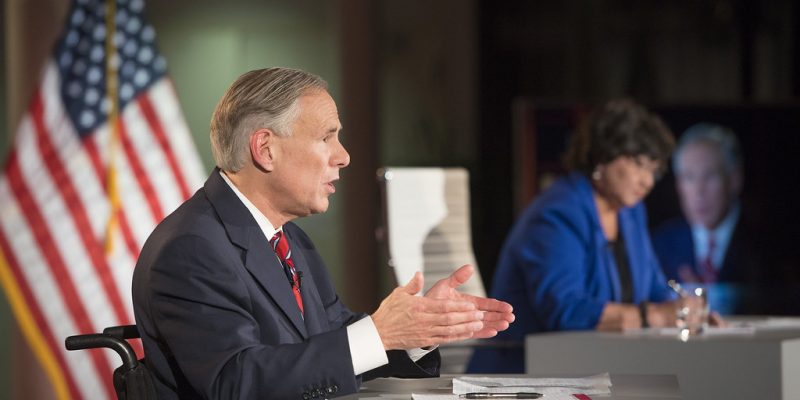 Texas officials may be gearing up for budget cuts of up to 20% per department and state Senate COVID-19 recovery working groups have been appointed as Gov. Greg Abbott is expected to release further re-opening details this afternoon.

Abbott scheduled a press conference for 2 p.m. to lay out further details on how state government will allow loosening coronavirus/COVID-19 restrictions including hospital operations parameters, as he previously announced for this date.

Abbott previously said a third round of openings would be announced in May when it has been determined that the transmission rate has continued to decline. More recently, on Friday, non-essential retail stores were allowed to begin offering pick-up, to-go, and curbside sales.

According to several sources, Abbott said in anticipation of the 2021 Legislature’s budget crafting cycle he would be asking for state agencies and departments to identify 20% of expenses to cut. But according to Texas politics blog Quorum Report, it is unclear how much Abbott would ask for, but made it quite clear that today (Monday) will be the day of many details for further re-opening.

By contrast, Texas House Speaker Dennis Bonnen, though on his way out of office, suggested 5% cuts and appointed a Democrat on the left wing of her party to the powerful Legislative Budget Board.

Over the previous week, Abbott announced the unveiling of a COVID-19 test sites map, the availability of housing assistance funds, training for local governments on how to best distribute federal assistance dollars, and $54 million in federal dollars to support older persons and the disabled.

“As with all Senate work groups, the purpose of these work groups is to discuss challenges and options, not to craft legislation,” Patrick noted in a press release. “Every senator is participating, and I am in regular contact with them on these discussions and I will continue to discuss these issues with them as we move forward.” See the list below.

From the hip: Though states like Georgia are further ahead on the re-opening timeline, Texas is the No. 2 most populous state and the stakes are much higher for any miscalculations. Gov. Abbott is, and always has been, a careful decision-maker. While those hungry for an immediate relaxing of coronavirus restrictions have accused him of dithering, there appears to be a lot going on behind the scenes.

As one example, and according to Quorum Report, Abbott is seeking guidance from the U.S. Treasury on how $11.2 billion in CARES Act funding can be spent without any “clawbacks” (i.e. money demanded to be paid back, which could be a nightmare for state budget-makers). And there’s also the matter of keeping peace with the Trump Administration, which is no small task, even for Georgia.

Ever cautions, Abbott keeps his cards close. We can only wonder what today’s presser will reveal. For those keeping score at home, the members of the Senate working groups are: