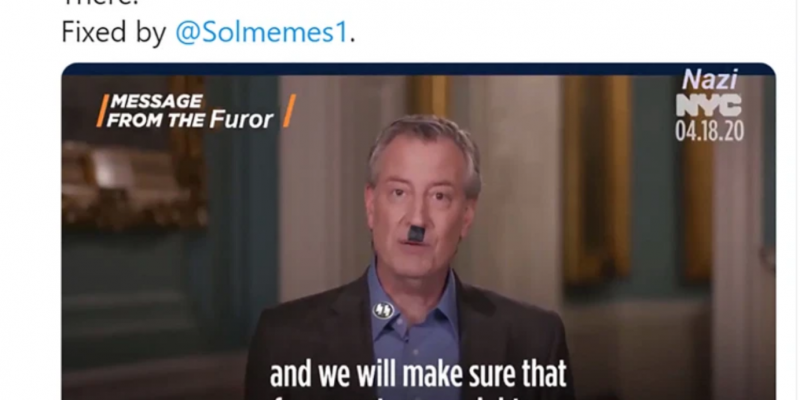 The tip line for people to call in and snitch was flooding with prank calls and crude complaints, The New York Post reports:

“Photos of extended middle fingers, the mayor dropping the Staten Island groundhog and news coverage of him going to the gym have all been texted to a special tip line that de Blasio announced Saturday, according to screenshots posted on Twitter.

“One user sent the message “We will fight this tyrannical overreach!” to the service and got an automated message that in part said, “Hello, and thank you for texting NYC311.”

“F–k you!” replied @MorganLSchmidt1, along with a meme showing Adolf Hitler and the words “TO THOSE TURNING IN YOUR NEIGHBORS AND LOCAL BUSINESSES — YOU DID THE REICH THING.” 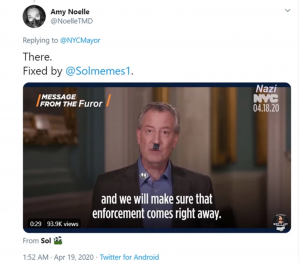 It was not immediately clear, the Post reports if any of the people flooding the line actually lived in New York City.

The inundation of off-color texts was so great that the city had to temporarily shut down the service, the Post reports.