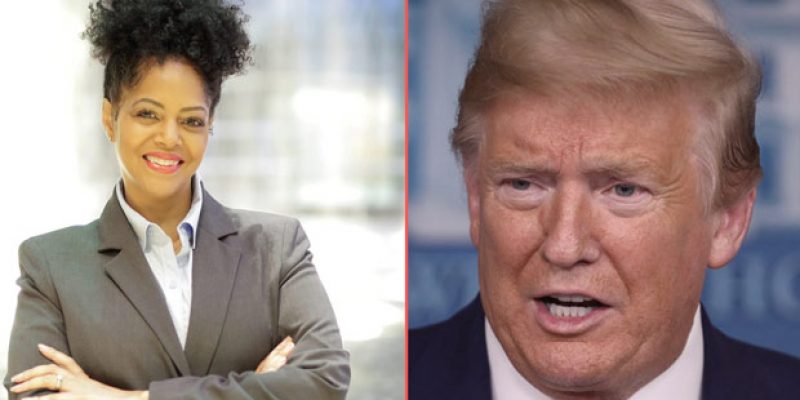 President Trump is receiving praise from an unlikely source, State Representative Karen Whitsett, a Democrat who won her bout with COVID-19 thanks to hydroxychloroquine and President Trump’s advocacy of the drug.

“It went from the headaches being severe to fluid building up in my lungs, to sweats breaking out to the cough and my breathing being labored. It all happened in a matter of hours.”

Whitsett says she began feeling relief just two hours after beginning treatment with hydroxychloroquine combined with antibiotics, the medical cocktail which Trump has supported for weeks.

She says that she still had a difficult time getting a Doctor to prescribe the anti-malaria drug despite the President’s advocacy saying,

“If President Trump had not talked about this it wouldn’t have been something that would be accessible for anyone to be able to get right now.”

“It has a lot to do with the president … bringing it up. He is the only person who has the power to make it a priority.”

Asked if she credits the President with saving her life she said:

“Congratulations to State Representative Karen Whitsett of Michigan. So glad you are getting better!”

The State Representative credits President Trump’s relationship with Chicago Mayor Mike Duggan for getting Detroit the resources needed to fight the virus.

Meanwhile, there appears to be a concerted effort by the mainstream media to discredit hydroxychloroquine possibly to prevent giving Trump “a win” but also likely because big pharmaceutical companies stand to profit much more from a vaccine.

Bill Gates, who has sizable investments in vaccine research, appears to be a man on a mission as he tells the public that life as we know it may not return “at all” until everyone has been vaccinated.