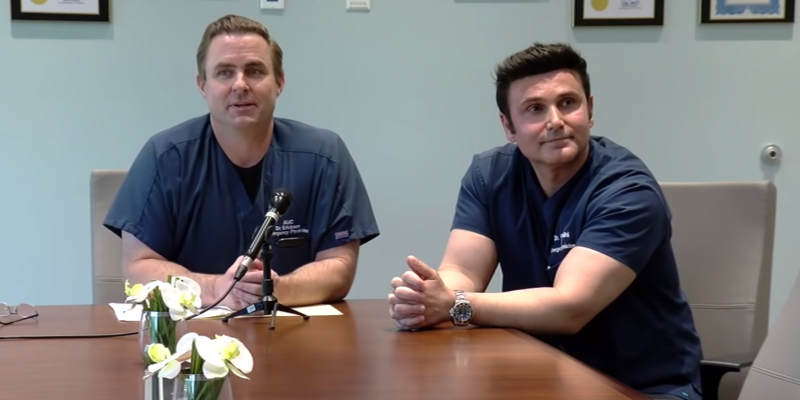 Dr. Dan Erickson and Dr. Martin Massihi, of Accelerated Health Care, talked about the impact of the coronavirus on Kern County, California, with 23 ABC News. Google, which owns YouTube, has repeatedly removed copies of the interview as part of its censorship efforts. Audio of the entire interview is below.

Referring to the stay-at-home order, they said:

“This is not about science. It’s not even about COVID. When you hear the word safe used, it’s about control. When you talk to other ER doctors they all have the same opinion. There is something else going on [politically].”

“We are presenting the medical data. Do we need to shelter in place and does that make sense in light of the micro-biology science that we’ve known for 30 years. It’s time to open back up– the science says it is.

“The models being used are not accurate. Data is saying this– not models.”

Previous health systems have been overwhelmed by the influenza and societies and economies were not shut down, they point out. Coronavirus is highly contagious but the actual disease cycle and cause of death is similar to the flu, they explained.

Secondary causes have caused predicable negatives, he said, including massive losses to the oil industry, for example, including 22 million people out of work.

YouTube has taken down the videos of their interviews:

Here is the audio of the interview, which cannot be erased by YouTube:

Here is the full hour interview: