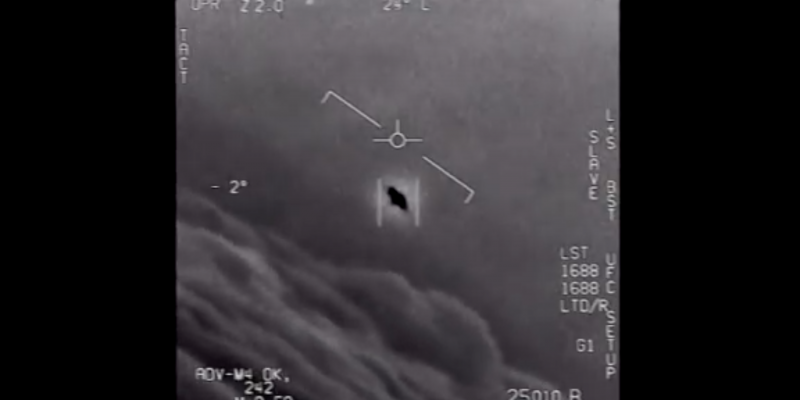 Just when we thought 2020 could not possibly get any more strange, the United States government on Monday acknowledged the existence of unidentified flying objects for the first time in history.

The U.S. Department of Defense on Monday released previously classified videos showing “Unexplained Aerial Phenomena” (UAP), more commonly known as UFOs, of which one was recorded in 2004 and two in 2015.

The Pentagon decided to release the footage after it was “determined that the authorized release of these unclassified videos does not reveal any sensitive capabilities or system.”

The first two videos are not very high quality but the third is rather spectacular and includes audio from the U.S. Navy pilot.

An oblong-shaped flying object can be seen as the pilot is heard saying, “There’s a whole fleet of ‘em… My gosh, they’re all going against the wind! The wind’s 120 knots out of the west! Look at that thing, dude… Look at that thing!”

According to the Pentagon, the U.S. Navy footage was actually leaked to the public in 2007 and 2017. The Department of Defense provided the following statement for clarification:

President Trump commented on the topic in his wide-ranging interview last year with ABC’s George Stephanopolous saying, “I think our great pilots would know. And some of them see things a little bit different from the past. … We’re watching, and you’ll be the first to know.”

See the newly released footage for yourself: