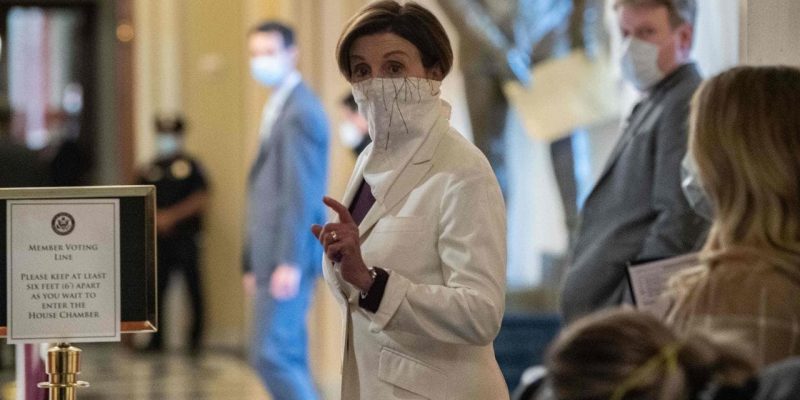 If you are skeptical of House Speaker Nancy Pelosi and the mainstream media claims that President Trump told people to “inject lysol” disinfectant to combat COVID-19 at his press briefing Thursday, you are right to be as his comments were clearly taken out of context.

Speaking at her own press briefing, this one about the Congress’ latest $500 billion stimulus bill, Pelosi attacked the President and put words in his mouth multiple times saying,

“Unfortunately, we’re seeing Republicans make comments with zero connection to science and facts… I mentioned the President and his, uh, ‘we can kill the virus by injecting disinfectants like lysol into the body,’” she said as she looked down to read the fake quote.

“…Clearly, sadly, this President is not listening to medical experts… America must ignore the lies and start to listen to scientists and other respected officials in order to protect ourselves and our loved ones.”

And once more she puts words in Trump’s mouth saying,

“What’s gotten into him? Well, it’s an indication, the President is asking people to inject Lysol into their lungs. And Mitch is saying that, uh, uh, state should go bankrupt. It’s a clear– visible, within 24 hours– of how the Republicans reject science and reject governance. If you don’t believe in science, and you don’t believe in governance– that’s their approach…”

“The manufacturers of Lysol sent an urgent warning not to drink their product, despite the @POTUS’s suggestion yesterday that ingesting disinfectants could be a COVID cure.”

What the President actually said is much more innocent:

“So supposed that we hit the body with a tremendous– whether it’s ultraviolet or just very powerful light, and I think you said that hasn’t been checked but you’re gonna test it. And then I said suppose you brought the light inside the body either through the skin or in some other way. And I think you said you’re gonna test that too. And then I see the disinfectant that knocks it out in a minute, one minute, and is there a way we could do something like that through injection inside or almost like a cleaning… it sounds interesting.”

It is just the latest example of how Democrats and the mainstream media appear willing to say anything in their relentless crusade to take down President Trump.

See Pelosi and Trump’s comments for yourself below and then pass it along:

Interested in more national news? We've got you covered! See More National News
Previous Article So Far The Reviews For Part One Of Perdition Have Been Pretty Good…
Next Article Facebook removes Army chaplains’ video messages of encouragement and prayer