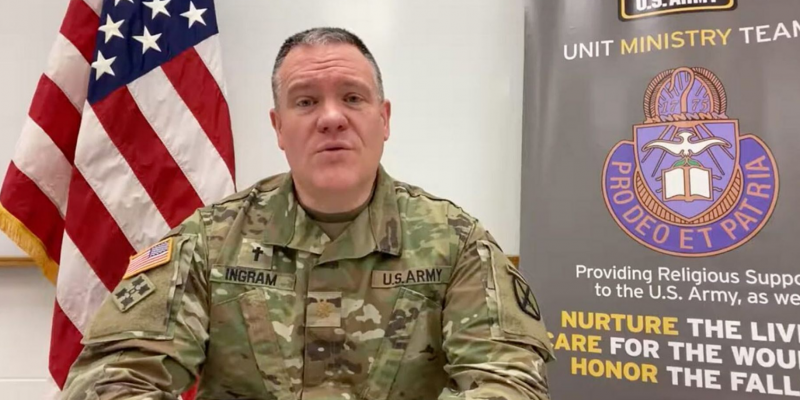 Facebook has been censoring for a while, no longer allowing free speech, and targeting Christians specifically. This time, they took down U.S. Army chaplain’s messages of encouragement to viewers.

Four recent videos involving chaplains posting messages were taken down after a complaint was filed stating that the messages ironically violated the First Amendment, the very amendment that protects such speech.

The complaint was filed by Mikey Weinstein, the founder of the Military Religious Freedom Foundation (MRFF), an organization that claims to be “the sole nonprofit civil rights organization dedicated to ensuring that all members of the United States Armed Forces fully receive the Constitutional guarantee of both freedom of religion and freedom from religion.”

Weinstein argues the messages violate the Establishment Clause of the First Amendment.

“These videos belong only on a chapel page, not on a base’s or unit’s main page,” Chris Rodda, senior researcher at MRFF, wrote in an op-ed published by the Daily Kos.

In another video posted by Maj. Scott Ingram, he said, “God encourages us not to be dismayed by what we see around us, things we cannot control. We can, however, with the best intel in this moment, place our trust in him, walk forward in his strength, and treat others with kindness.”

Mike Berry, a lawyer for the First Liberty Institute, said he was shocked that such a claim was made against these service members.

“At a time when our nation is hurting and many feel hopeless, why on earth would Mikey Weinstein attack prayer?” Berry told Fox News. “America has the strongest military in history, but our brave service members are not immune to the havoc COVID-19 has wreaked.”

He added, “I cannot believe the legendary U.S. Army’s 10th Mountain Division raised the white flag of surrender to an anti-religious freedom zealot. Every president, from Washington to Trump, has publicly prayed for our military. If the commander in chief can pray, then our soldiers can, too.”