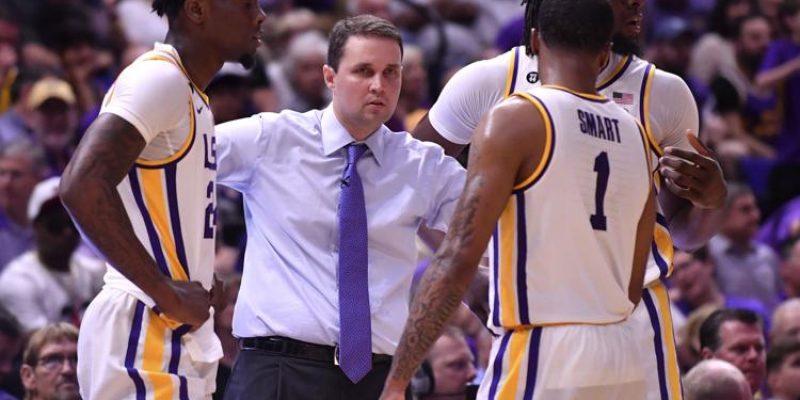 On Wednesday, LSU athletic director Scott Woodward said that the revelations will not affect Wade for the time being.

“We are aware of the documentary first aired on March 31, 2020, on HBO,” Woodward said. “There is no change to Coach Will Wade’s employment status at LSU and we will continue to cooperate with all reviews into this matter.”

Wade was heard on the taps saying things like “strong-ass offer” and the “Smart thing” in June 2017, which presumably alludes to four-star point guard recruit, Baton Rouge native, and Louisiana Gatorade Player of the Year Javonte Smart, who would eventually sign with the Tigers.

Smart has averaged 11.1 and 12.5 points per game, respectively, in his first two seasons at LSU. After his freshman season, he declared for the NBA draft without hiring an agent, and was able to change his mind and return to Baton Rouge for his sophomore season.

Here is a link to the video (warning: explicit language used)

Because of the evidence, Wade was suspended by the university for the final five games of the 2019 season, after he wouldn’t meet with LSU about the reported allegations on Yahoo Sports. Eventually, he got new representation and met with officials from both the school and the NCAA. It was then that the divide between the coach and the school ended, and he was reinstated on April 14, weeks after LSU was ousted in the Sweet 16 by Michigan State.

On the heels of a coronavirus shortened 2019-20 season in which the Tigers finished 21-10 overall and third in the SEC, Wade has a stellar recruiting class coming in for 2020-21, and Woodward’s show of confidence today should keep that in place.