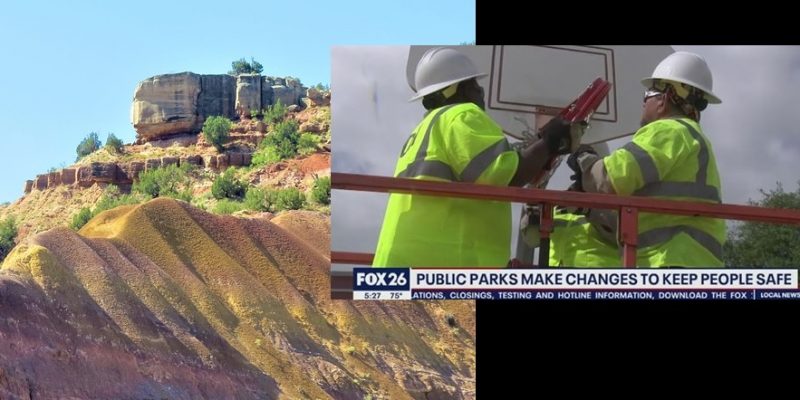 Although physical exercise and Vitamin D are time-honored ways to combat the spread of a virus, it’s the upcoming swelling of park visitors over the holiday weekend that seem to be the reason du jour of government leaders in closing outdoor park lands and facilities.

Texas Gov. Greg Abbott, as part of his now-daily peppering of coronavirus/COVID-19 responses, indefinitely shut down all state parks and historic sites until further notice. The city of Austin closed its parks through Easter weekend following a similar county order — which may give a clue as to the state’s logic and timing. A number of local entities have already blocked off access to parks and even sealed off or removed basketball hoops over fears of social distancing guidelines being violated.

“Social distancing is our best tool to curb the spread of COVID-19 and save lives,” Abbott said in a press release. “The temporary closure of our state parks and historic sites will help us achieve this goal by preventing the gathering of large groups of people. I urge all Texans to continue to stay at home except for essential services as we respond to COVID-19. By following these social distance practices, we will overcome this challenge together.”

The Texas Parks and Wildlife Department reports 740,000 day and overnight visitors throughout the month of March. “Difficulty in ensuring compliance with social distancing, problems in maintaining adequate supplies and keeping park facilities sufficiently sanitized are only a few of the challenges encountered by state park staff,” a press release said, which outlines a refunds and reimbursement policy for those with reservations already on the books. State parks employees will be retained, the release said.

From the hip: Though there are a lot of differences between the Spanish Flu and the Wuhan Virus, there was a surprise cure in 1918 that healed some of those with the worst cases.

That magic elixir was not being sold from a traveling salesman’s wagon, nor was it a product of government or academic laboratories.

Spanish Flu, an H1N1 virus with avian origins, killed between 50 and 100 million people worldwide, affecting all ages and levels of physical fitness. The main methods of control used were quarantine and isolation, improved personal hygiene, the use of disinfectants, and limiting public gatherings. Sound familiar?

Emergency hospitals were set up, and some outdoors in tents. One such open-air hospital in Boston took care of sailors who caught Spanish Flu, leaving them in the sun during warm days. Open-air therapy had been used to treat tuberculosis in England and Germany, and seemed to be a wise course of action. And it was: aside from the light and warmth acting as a natural disinfectant and catalyst of the body’s Vitamin D levels, the properties of the natural air helped to disperse or overcome the virus.

Read a fascinating white paper from the American Journal of Public Health here.

Removing opportunities for Texans to get outdoors seems counterproductive. Apparently, visitors to state parks and city basketball courts were not abiding by CDC guidelines, but we wonder which is the greater risk: bumping into each other during a layup or staying locked indoors watching college basketball championship re-runs? Time will tell, and we can only hope the state parks ban is just for the Easter crowds.

___________
Notes on the photo collage: That’s Palo Duro Canyon on the left, and to the right is a screenshot from Houston’s Fox 26. Notice that the Houston city workers are not six feet apart while removing the basketball hoop. Palo Duro Canyon runs through three West Texas counties: according to the Department of State Health Services’s COVID-19 dashboard, Randall County reports 36 cases and one fatality, while Armstrong and Briscoe counties have had no reports. 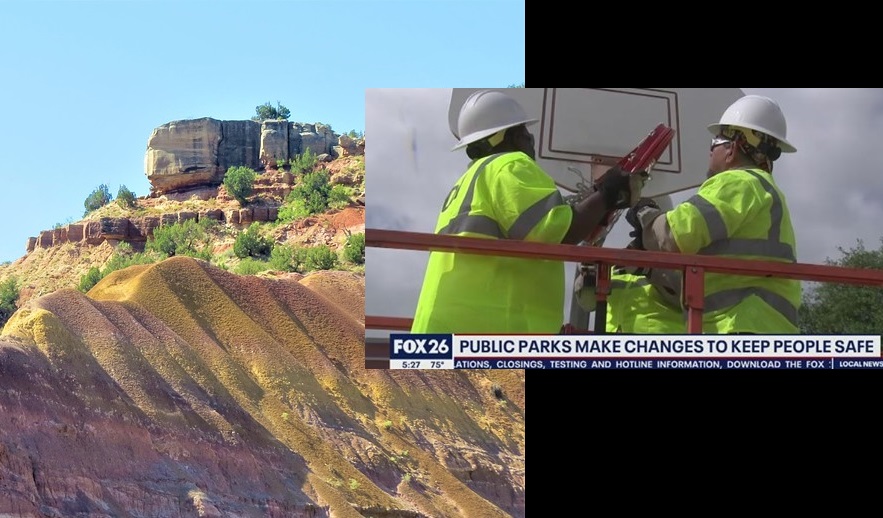