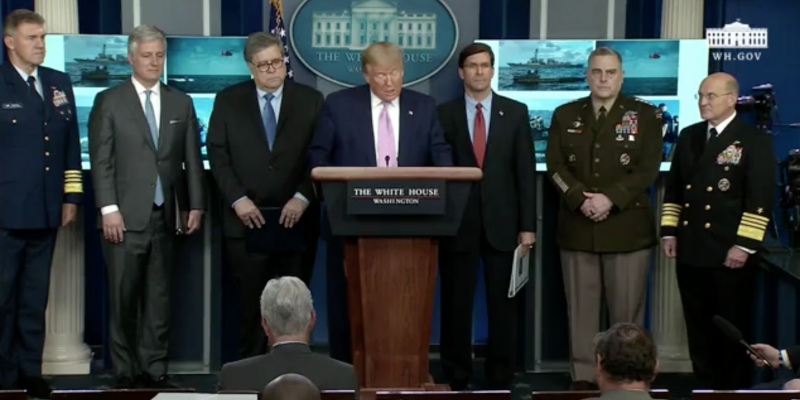 “Today the United States is launching enhanced counter-narcotics operations in the Western hemisphere to protect the American people from the deadly scourge of illegal narcotics. We must not let the drug cartels exploit the pandemic to threaten American lives.”

The Commander-in-Chief said the U.S. military will double its assets in the Caribbean and as it works with twenty-two partner nations in an offensive against “malign actors” who would take advantage of the emergency situation.

“At a time when the Nation and the Department of Defense are focused on protecting the American people from the spread of the coronavirus, we also remain vigilant to the many other threats our country faces. Today, at the President’s direction, the Dept. of Defense, at close cooperation with our inter-agency partners, began enhanced counter-narcotics operations in the eastern Pacific Ocean and the Caribbean Sea.”