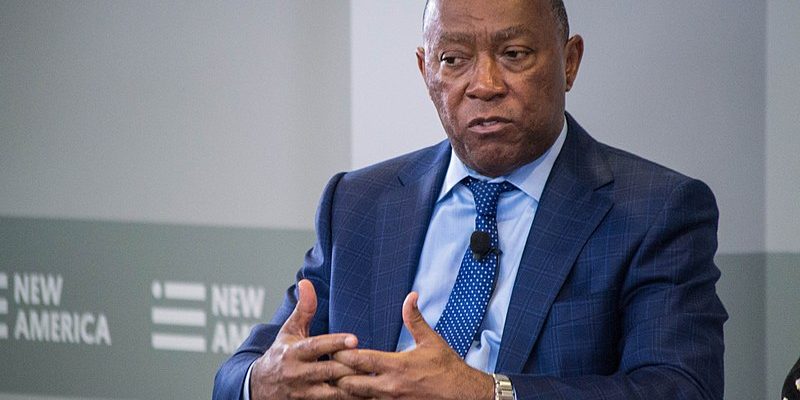 Houston Mayor Sylvester Turner compromising stance on law enforcement seems to be continuing with the COVID-19 outbreak. As reported earlier Turner tried to run for Mayor of Houston as early as 1991, but between being the center of a fraud investigation by Wayne Dolcefino during his tenure at Houston ABC Affiliate KTRK ABC 13, as well as his opponent, Bob Lanier’s strong stance on rebuilding the the Houston Police Department, which was an unmitigated disaster under outgoing Mayor Kathy Whitmire who’s brother in law John Whitmire is STILL serving in the Texas Senate. Houston was so crime ridden during the late 1980s through 1991 that on top of having a failing economy and dilapidated downtown, Houston was more representative of a noirish future Detroit than Detroit iitself at the time, thus was used to represent that vision of the city in the Robocop sequels.

Flash forward to March 30, 2020 Mayor Turner issued a statement telling criminals to “chill.” At first the statement seems reasonable, as to prevent the need of police officers and other first responders having to report to crimes and potentially be exposed to COVID-19, that is until you watch the video all the way to the end. Mayor Turner says, “Chill until the Corona Virus is over.” Does it seem according to this video that Mayor Turner has no issues with criminals committing crimes under normal circumstances? That Mayor Turner said, hold off on doing crime during the COVID-19 outbreak and it will be ok to resume when the lockdown is over? If former Mayor Bob Lanier wasn’t rolling over in his grave before, he certainly is now.

Mayor Lanier ran on a platform of rebuilding HPD, one of the reasons why in the late 1980s through early 1990s people either moved out of Houston to the suburbs or the incorporated cites surrounded on all sides by Houston such as Bellaire and West University Place because they had their own better managed police forces. Mayor Lanier was a very popular mayor with both Republicans and Democrats alike and only left office because he was term limited. It makes you wonder why the citizens of Houston have elected four mayors in a row that seem to want to undo everything positive that Mayor Lanier did for the city of Houston in the 1990s. Why did the citizens of Houston re-elect Mayor Turner in the first place, especially after his less than stellar leadership during Hurricane Harvey? With recall efforts underway in Austin regarding removing their mayor Steve Adlar,  why isn’t the same undertaking happening in Houston? These are the questions that need to be asked, and it more that shows that Wayne Dolcefino was right all along nearly 30 years ago. Juanita Broaddrick seems to have a similar opinion stating on her Twitter “Houston…….. you have a problem.”