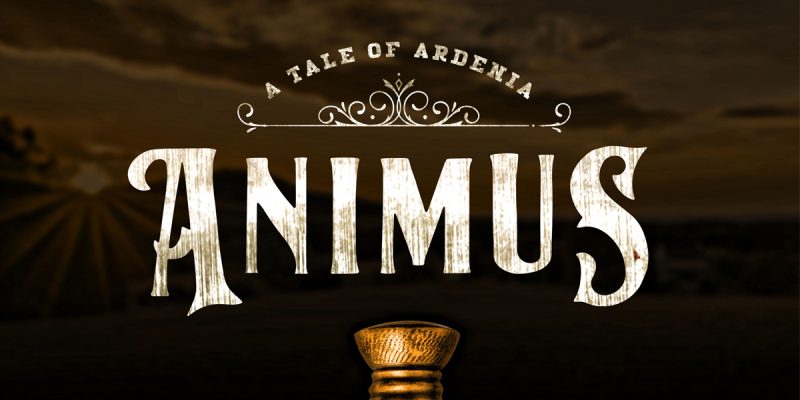 Our apologies for it having taken so long, but today we can announce that ANIMUS: A Tale of Ardenia, which is my first novel, is now available at Audiobooks.com.

Kevin Gallagher, who’s well known in Baton Rouge and elsewhere in Louisiana as a long-time radio broadcaster and as the possessor of one of the best voices around, is the narrator of the book. We think Gallagher knocked it straight out of the park, and we’re thrilled he’s back at work on the audiobook read of PERDITION, the sequel to ANIMUS, which will be out in late summer or early fall. The paperback and/or e-book versions of both books (two of the four parts of PERDITION are currently available in e-book format, with two more to come along with the paperback version of the complete book to follow by August) can be found at Amazon.com here.

The audiobook version of ANIMUS is available for $9.95, or for free with a 30-day trial of Audiobooks.com. Narration time is seven hours, three minutes.

So what are you getting into with ANIMUS? Well, imagine a world in which a society with no moral compass, where nuclear families, individual rights or private property ownership, sits side-by-side with a neighbor embracing all of the virtues of Western civilization, and the two have been in nonstop conflict for hundreds of years.

Against that backdrop you’ll meet Sarah Stuart, a young woman living near the frontier between the two countries who finds herself in the middle of a fresh outbreak of that violent conflict, and in fact becomes a prisoner of the savage Udar invaders. ANIMUS is at its heart a rescue story: will the righteous-but-not-perfect Ardenians save her from a fate worse than death? Will the corruption and inefficiencies of the politics at the Ardenian capital set the stage for a disaster? Will Ardenia survive war with the determined Udar enemy?

It’s a thrill a minute, and Gallagher’s narration will keep you on the edge of your seat. Road trips and daily commutes, and for that matter your morning jog, will never be the same!

So enjoy the ANIMUS audiobook version, and stay tuned for its sequel later this summer!