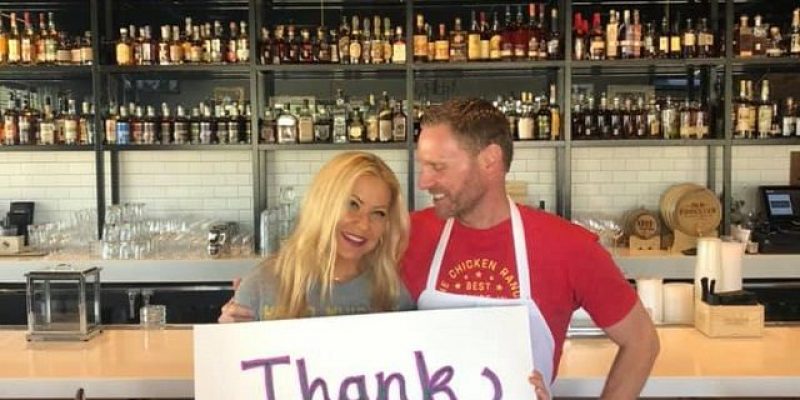 Law enforcement officials did nothing in the face of an open rebellion by Federal American Grill owner Matt Brice in Houston.

It is another story that shows why the American people are winning. And this, on the eve of another peaceful protest planned at the Louisiana State Capitol on Saturday.

“We’ve complied 100 percent until now,” Brice told the Houston Chronicle. “What I don’t like is that the government is picking and choosing which businesses win or lose. They are sinking the economy. We have to stand our ground and get people back to work.”

The Chronicle reached out to several police agencies for a statement, including the Harris County Sheriff’s Office, Harris County Fire Marshal, Precinct 5 Constable’s Office, and the Houston Police Department. Each agency said that a different one was responsible for enforcing the “mandates,” namely concerning to-go or curbside-only orders.

Brice opened his doors and hit the 30-percent capacity limit he set for himself all three days last weekend.

“The atmosphere was pretty amazing. People were just so grateful to be out. I didn’t get any tense, nervous people or anything of that nature,” Brice said.

“They don’t seem afraid. They’re just ready to get their lives back. They saw what we were doing, which puts people at ease.”

On Monday, a day after Brice enjoyed the restaurant’s third consecutive successful turnout, Texas Governor Greg Abbot announced that restrictions for dining rooms would end state-wide, that restaurants could begin operations again at 25-percent beginning May 1.

In addition to putting a cap on guests, Brice developed meticulous health and sanitation procedures. Per the Culture Map of Houston:

Developed through a combination of his own reading and with input from proposed guidelines from the Texas Restaurant Association, Brice’s protocols have put in the middle of a national debate about the procedures restaurants should follow when they reopen. As noted in a recent article in the New York Times, a lack of clear regulations from the government means restaurateurs are largely on their own in developing new standards.

As an aside, and in contrast, Dallas law enforcement officials ticketed the owner of a hair salon after she re-opened on a similar limited-service basis.

In the name of liberty, it was a risk Matt Brice was willing to take.

Interested in more news from Texas? We've got you covered! See More Texas News
Previous Article Motorcoach industry seeks federal help with projected losses of $14 billion, 82,000 jobs
Next Article About JBE’s Claim That Ending His Shutdown Will Bankrupt The State…