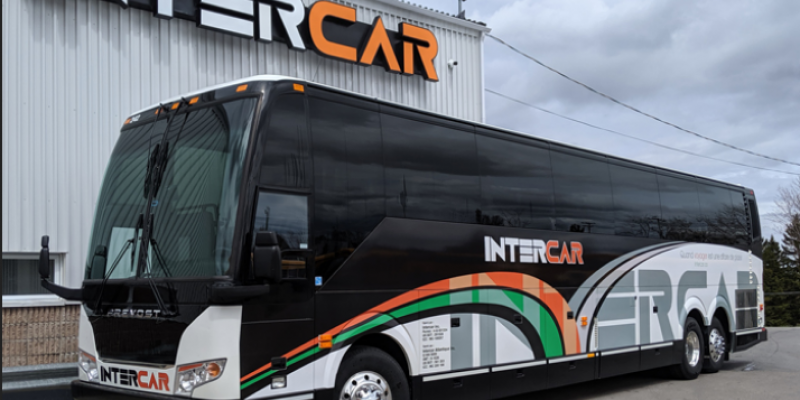 Representative of the bus and motorcoach industry say the small businesses responsible for helping individuals, families and companies move were overlooked by Congress when it passed the CARES Act. The act provided $2 trillion in relief in the wake of the coronavirus shutdown.

Decreased travel due to stay-at-home orders will result in a projected $809 billion hit on the U.S. economy and eliminate 4.6 million travel-related jobs in 2020, according to a recent U.S. Travel Association analysis. Total spending on travel in the U.S., including transportation, lodging, retail, attractions, and restaurants, is expected to drop by 31 percent, or $355 billion this year alone.

The airline industry, Amtrak and other transit industries received more than $50 billion in federal funding. The motorcoach industry received nothing, the American Bus Association (ABA) says.

“This is the worst crisis our industry has ever faced in our more than 100 years of business,” Peter Pantuso, president of the ABA Foundation, said in a prepared statement. “We are seeing devastation worse than 9/11 and we have had no help from the federal government.”

Of the 3,000 bus and motorcoach companies in the U.S., 90 percent are small, family owned businesses that have closed in response to stay-at-home orders, and laid off or furloughed nearly 100,000 employees.

The roughly 2 million motorcoach full-time equivalent jobs include 469,650 in the restaurant and bar industry, 229,970 jobs in hotels and other lodging establishments, and 327,750 jobs in entertainment venues including sports stadiums, parks, theaters and zoos. Combined, they generate $86.4 billion in wages and benefits.

According to a recent ABA Foundation report, the industry is currently nearly entirely shut down nationwide. Most charter and tour companies have closed their doors, commuter operations have mostly stopped running, and scheduled service operations are operating at about 15 percent of capacity.

For many charter companies, the majority of their revenue is earned between March and June, where for roughly two months so far they have received close to zero income and cannot yet schedule new bookings. Shuttle services usually hired to take students on school field trips, marching bands and sports teams to events, were nearly completely shuttered.

The Transportation Management Services argues it relies on these bus and shuttle vendors to provide transportation for many different events, and to provide essential government and emergency transportation services during hurricanes, floods earthquakes, and other disasters.

“Motorcoaches help move troops and remove civilians from dangerous situations,” TMS says. “Only a few weeks ago, motorcoaches were pivotal in evacuating cruise ship passengers affected by the COVID-19 outbreak. If these vital companies go out of business, many Americans will be left vulnerable during future natural disasters and other crises.”

“Based on current projections, were the pandemic to continue over the course of the year, losses to the industry would be staggering, with as many as 82,040 or 92.4 percent of the jobs in the industry lost,” the ABA says. “Overall, the industry would lose $14.2 billion in sales, and the charter and special services businesses would be devastated.”

Getting back to work and “returning to normalcy” could take 18 to 24 months or longer, the association projects. If businesses don’t open up in May the projections would be far worse.

“When Congress was handing out $100 billion to airlines, Amtrak and public transportation, they left out the private motorcoach industry,” Pantuso said. “If this industry fails, how will working class Americans get to their jobs? Who will evacuate Americans during wildfires, tornados and hurricanes? How will Americans get from rural areas to urban centers for work and leisure? This is going to be a less mobile world without the essential services that motorcoaches provide.”

The association is asking Congress for grants and loans explicitly directed to the motorcoach industry, as it did for the airlines, “to save” its employees and industry.