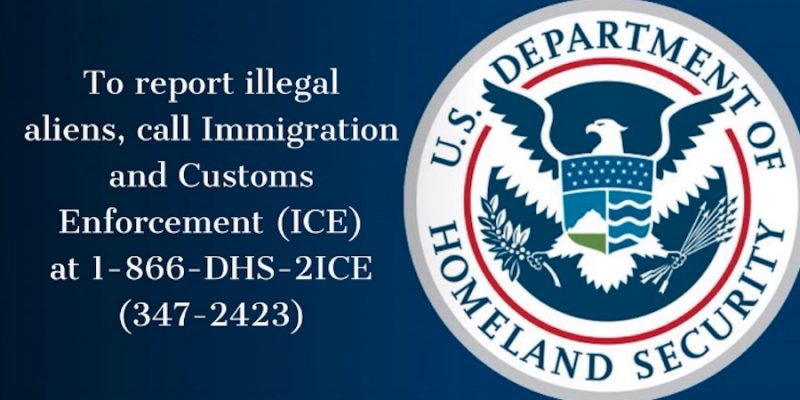 A federal judge in Miami has ordered the U.S. Immigration and Customs Enforcement (ICE) agency to release more than 1,000 detained illegal aliens from three South Florida detention centers within the next two weeks.

In her 12-page order, U.S. District Court Judge Marcia Cooke demanded that ICE reduce the number of detained “non-criminal and medically vulnerable populations” in the three centers from 1,400 to about 350 to prevent the spread of COVID-19 and protect detainees with underlying conditions.

Meaning they should be released back into the U.S.– not deported to their country of origin.

They are currently being detained at the Krome Processing Center in South Dade, Broward Transitional Center in Pompano Beach and Glades County Detention Center in Moore Haven.

Similar orders were issued Thursday by federal judges in California and Louisiana over concern about detained aliens who might be “high risk” and susceptible to contracting the disease.

In California, Judge Dana Sabraw ordered ICE to identify and release detainees at a San Diego detention center who are at least 60 years old and have high-risk medical conditions.

Only 7 Krome Detention Center detainees have tested positive for COVID-19, along with 8 staff members, according to the Association Press.

ICE told the AP and Miami Herald that its policy is to review releases on a case-by-case basis and that the agency has released nearly 700 detainees from custody during the COVOD-19 emergency– back into the U.S. population where they entered illegally.

Two guards at an ICE immigration detention center in Louisiana reportedly died after contracting the coronavirus and no detainees have died from the virus.