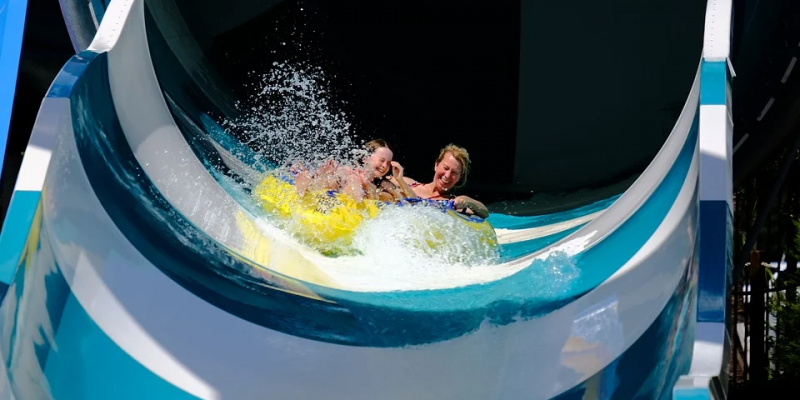 A salon in Dallas famously became a battleground between business freedom advocates and authoritarianism earlier this month.

Now a water park near Houston may become the next standoff over COVID-19 closures — that is, if anyone does anything about it.

“People shall continue to avoid visiting interactive amusement venues, such as water parks and splash pads,” the Texas Health and Human Services orders as restrictions continue to be lifted across the Lone Star State.

Yet according to the Houston Chronicle, around 1,300 eager patrons were gathered outside the gates ahead of Big Rivers Waterpark & Adventure’s 10 a.m. season opening on Saturday.

“The park’s opening was in actual defiance of Gov. Greg Abbott‘s order, as water parks were ordered to remain closed across the state,” the Chronicle news story opined.

Order violations can result in fines and/or license suspension or revocation, according to a spokesperson for Gov. Abbott’s office, as relayed by Community Impact News.

The hyper-local Montgomery County Police Reporter noted that the scene from inside the park over Memorial Day weekend was remarkably empty due to the park’s own restrictions.

… Benches were separated in small family groups, hand sanitizing stations were set up throughout the park. They are limiting the capacity to 2000 and telling people to keep distance between them.

Chlorine is being monitored closely in the waters.

Once inside the massive park which includes water slides, a lazy river, wave pools, a petting zoo, zip lines, and many other refreshing activities.

However, with the limit of 2000 people, the park looks almost empty. Virtually no lines for activities and plenty of space between families.

… Not even an hour after opening park officials lightning monitoring activated as a thunderstorm moved into the area.

… Immediately people were asked to get out of the water. Within 30-minutes the threat passed and it was back to fun again. The park will now be open 7-days a week. With the long line, these morning season ticket holders were given priority prior to other patrons.

In addition, employees are wearing masks and hand sanitizer stations are placed in various locations.

From the hip: Besides having “waterpark” in the name, Big Rivers and Boomtown Bay aren’t breaking much in the way of guidelines.

The criteria here is that a water park is supposedly intensely “interactive” whereas a lake or pool is not nearly as much. We will presume that state health leaders are concerned with multiple patrons touching the same surfaces, riding on the same inner tubes, etc.

Now it falls to the state to enforce. If the situation surrounding Shelley Luther‘s salon and her imprisonment at the order of a Dallas state judge is any predictor, the Governor is a fan of strong guidelines, but hefty fines and jail time is not his intention. The goal is to keep people safe, and it appears the water park is doing what it can to maintain social distancing and other precautions.