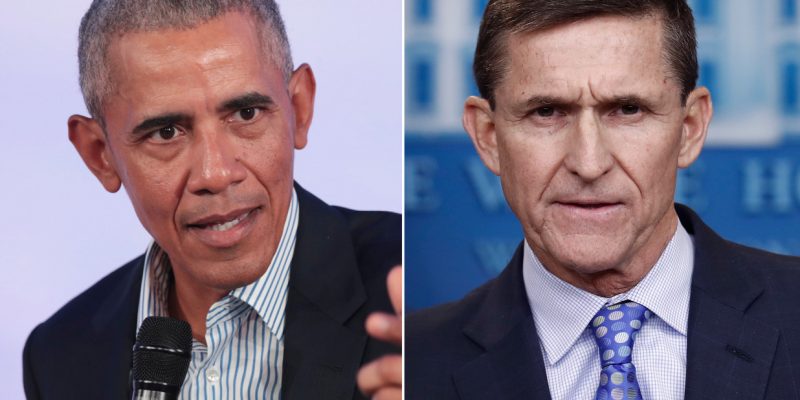 Former Deputy Attorney General Sally Yates was apparently surprised by the President’s involvement when she learned the contents of the call from Obama himself.

After the meeting, President Obama reportedly asked Rice and Comey to “stay behind” saying he learned “some information about Flynn.” However, he is said to have “specified that he did not want any additional information on the matter, but was seeking information on whether the White House should be treating Flynn any differently, given the information.”

The only other evidence showing President Obama’s involvement was a text from FBI lawyer Lisa Page to her boyfriend Peter Strzok in which she writes, “POTUS wants to know everything we’re doing.”

Beyond that, all we can say is that President Obama appeared to have a personal vendetta against General Flynn who he fired as Director of National Intelligence in 2014. The 44th President even warned President Trump not to hire him saying he was “not a fan.”

President Trump was asked about the Department of Justice moving to exonerate General Flynn yesterday and he took the opportunity to blast the FBI, the Obama administration, and the complicit mainstream media saying, “A big price should be paid… what the Obama administration did is unprecedented… and I hope a lot of people are gonna to pay a big price because they’re dishonest, crooked people. They’re scum… they’re human scum.

The President even invoked the word “treason” in describing the actions of some Obama administration officials, the punishment for which ranges from five years in prison to the death penalty.

See the President’s response for yourself below: