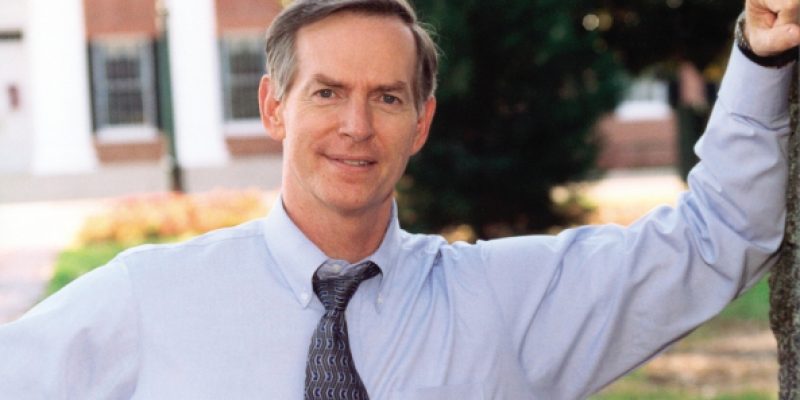 A neurosurgeon has come out to claim that not only are face masks unnecessary, but actually “pose serious risks to the healthy.”

It is likely the Karens will have a field day discrediting this man. And all the Facebook geniuses too.

In fact, already, on May 13, this site called him the “Neurosurgeon turned Newsmax conspiracy theorist and pseudoscience peddler.”

The push for control is all over the country. The pushback against that push is ramping up and has been for weeks.

And it may all be symbolized by that tiny little mask that a growing number of citizens are refusing to wear.

Dr Anthony Fauci with the White House, despite being at odds with President Trump on many statements, has said that face masks are simply theater supporting a false feeling of security. Thousands of doctors across the country have been attempting to voice their professional, scientific opinion on this whole COVID drama, but have largely been censored on social media platforms or dismissed as quacks.

Dr Russell Blaylock, AANS Neurosurgeon, is apparently trying to be proactive in the war against disease and to offer preventative measures to drugs.

Russell Blaylock, MD, proves that there is a life after neurosurgery. After 30 years of practice, he decided he could do more good by teaching people what to eat and what supplements they need for good health. He has now written a best-selling book about his management of 70 common conditions, remedies for whatever ails you and the diet and lifestyle factors that enable your body to avoid disease and premature aging.

He is convinced that almost all diseases are secondary to inflammation. Excitotoxins are the chemical substances that overstimulate the brain and make most diseases worse. They exist in dangerous amounts in common food additives, such as monosodium glutamate (MSG) and aspartane (an artificial sweetener). Excitotoxicity is the key to many neurological diseases, as well as heart disease, eye diseases, digestive disorders, growth of tumors, spread of cancer and obesity.

This, of course, doesn’t fit with the crap the bad guys want to continue putting into the human body in order to gain power, wealth, and control. So, of course, Dr Blaylock turning into a tin-foiled conspiracy theorist is absolutely vital to keeping that reality alive.

Now Dr Blaylock has weighed in on the issue that shouldn’t be an issue in the first place. He first asserts that there is no scientific evidence that masks are effective against this particular virus, this particular transmission, that a blanket approach to self-care was taken to promoting the masks—a blanket approach that has clandestinely been invented quite curiously for COVID.

According to Dr Blaylock…

As for the scientific support for the use of face mask, a recent careful examination of the literature, in which 17 of the best studies were analyzed, concluded that, “ None of the studies established a conclusive relationship between mask/respirator use and protection against influenza infection.”   Keep in mind, no studies have been done to demonstrate that either a cloth mask or the N95 mask has any effect on transmission of the COVID-19 virus. Any recommendations, therefore, have to be based on studies of influenza virus transmission. And, as you have seen, there is no conclusive evidence of their efficiency in controlling flu virus transmission.

It is also instructive to know that until recently, the CDC did not recommend wearing a face mask or covering of any kind, unless a person was known to be infected, that is, until recently. Non-infected people need not wear a mask. When a person has TB we have them wear a mask, not the entire community of non-infected. The recommendations by the CDC and the WHO are not based on any studies of this virus and have never been used to contain any other virus pandemic or epidemic in history.

In addition to this, Dr Blaylock furthered his analysis by stating that healthy people actually put themselves at risk by wearing a mask. Besides headaches, increased airway resistance, and carbon dioxide accumulation—all symptoms backed by case studies—Blaylock warned of more severe health problems. I’ve included the scientific terminology here for those who are interested in details, but a quick skim of the bold parts says it all:

Hypoxia (a drop in oxygen levels) increases the level of a compound called hypoxia inducible factor-1 (HIF-1), which inhibits T-lymphocytes and stimulates a powerful immune inhibitor cell called the Tregs. This sets the stage for contracting any infection, including COVID-19 and making the consequences of that infection much graver. In essence, your mask may very well put you at an increased risk of infections and if so, having a much worse outcome.

If a mask is worn on a daily basis, especially for several consecutive hours, a person infected with a respiratory virus will expel some of the virus with every breath. This is particularly true of the N95 mask or any other tightly fitting mask. Constantly expelling and then rebreathing the virus into the lungs raises the concentration of the virus in the lungs and the nasal passages.

It could create the cytokine storm, in which the body starts to attack its own cells instead of the virus.

People with cancer will be at further risk from hypoxia, as direct and indirect stimuli can be ignited in spreading the cancer throughout the body.

And, in conclusion, here is Dr Blaylock’s truly frightening fear:

It gets even more frightening. Newer evidence suggests that in some cases the virus can enter the brain. In most instances it enters the brain by way of the olfactory nerves (smell nerves), which connect directly with the area of the brain dealing with recent memory and memory consolidation. By wearing a mask, the exhaled viruses will not be able to escape and will concentrate in the nasal passages, enter the olfactory nerves and travel into the brain.

At some point, the “science” all the shamers use to judge-and-jury those not buying into the political scam they’re being force-fed might well apply to those who hold a conflicting opinion.

Oh we know, shamers. If the science isn’t in line with your way of thinking, it’s all just one big conspiracy theory, isn’t it.

I’m just a writer typing away with his tin-foil hat.

One would think that science is science, even when it contradicts each other, thus fostering healthy discussion of an issue that could potentially be harmful in more ways than the obvious. One would think so, anyway, in a sane world.

I’ve said several times in other articles, I could be wrong. And with this article, it’s the same. I could be. After all, Dr Blaylock obviously disagrees with some of his colleagues. But why not allow these things to be talked about? In any healthy discourse, the writer or debater must risk being wrong, or what would likely develop, just not all the way right. Because really, who has all the answers?

All of this should be okay in a civilized society.

Of course, for shamers, those people who would love to tell on their neighbors for walking outside to retrieve their mail, or for walking their dog in the local park, the notion of equity in this case need not apply. They have the integrity of their smug, ignorant Facebook rants to cling to.

Interested in more national news? We've got you covered! See More National News
Previous Article Trump 2020 Hits Joe Biden on China as Campaign Heats Up (VIDEO)
Next Article CUNNINGHAM: Jessica Baghian Should Be The Next State Superintendent Of Education