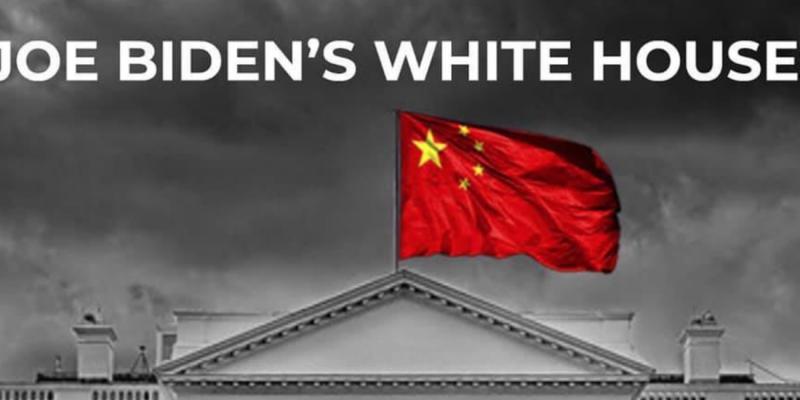 President Trump’s re-election campaign is beginning to tap into its massive warchest, hitting presumptive Democrat nominee Joe Biden for being soft on China as it becomes a central campaign issue due to the COVID-19 pandemic.

The Trump campaign will spend at least $10 million of their stunning $250+ million arsenal on air time for two thirty second ads slamming Biden for being soft on China. President Trump is said to have personally signed off on the barrage.

One of the clips lays the blame for the coronavirus outbreak solely at China’s feet while accusing Biden of supporting job-killing trade deals and saying he “won’t stand up to China.”

Another clip blasts Biden for opposing Trump’s China travel ban saying he’s been “wrong on China for 40 years” and “Joe Biden in the White House would be a deadly mistake.”

A campaign source says they are already seeing the impact of the anti-China message with internal polling indicating as many as 30% of viewers are less likely to vote for Biden.

The Biden campaign responded in kind by releasing a coronavirus-themed video of their own criticizing President Trump’s rhetoric and handling of the federal COVID-19 response.

“Joe Biden in the White House Would Be A Deadly Mistake”

The China-focused ad war comes as the Biden campaign is reeling from the most recent revelations about the investigation into Lt. Gen. Michael Flynn which has come to focus on Joe Biden due to his personal unmasking request for Flynn.

The unmasking isn’t the worst part because it is a matter of ethics and not of law, however, what is problematic is that someone appears to have leaked details about the Flynn investigation to the media which is classified information.

One reason “Obamagate” is so egregious is because it is believed that those responsible knew that Trump was not “colluding” with Russia but pushed the narrative anyway.

Interested in more national news? We've got you covered! See More National News
Previous Article New Orleans Will Never Recover From COVID-19, And Here’s Why…
Next Article What This Neurosurgeon Says About that Face Mask They’re Telling Us to Wear