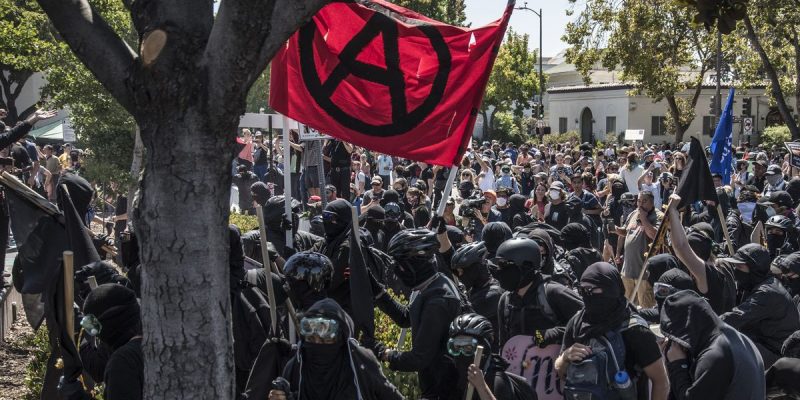 There are few more venerable practices in our national Constitutional tradition than picketing and protesting—peaceably assembling—and speaking out, seeking a redress of grievances; demanding that attention be brought to public issues. In our history, there are numerous examples of vocal, persistent, peaceable protest that resulted in permanent, beneficial changes to society.  These fundamental rights allowing us to be heard are not only cherished by Americans but are rights not allowed citizens in many other parts of the world.

That genuine response is what we first witnessed on the heels of the tragic and inexcusable death of George Floyd. The large majority of America is sickened and outraged by the video we witnessed of the last few minutes of his life.

However, that sincere, heartfelt sentiment and the demand to address the issue of police brutality has now been overshadowed and displaced by a lawlessness that threatens our national security.  There are reports that much of the looting and destruction we are witnessing nationally is not local and did not spring up organically but is being covertly organized for reasons that have nothing to do with police conduct or George Floyd.  There are indications that ANTIFA, the violent national and even international group that often emerges in times of unrest, is likely involved in inflaming this uprising.

For these reasons, I think President Trump is correct in designating that organization a “domestic terror” organization.

The long and short of it is that our country is founded upon a rule of law and no person or organization is justified in bringing violence, death, and destruction to our society.  (Most insurance liability policies carry exclusions for property destroyed during rioting and civil unrest.  So, many small businesses, often minority-owned, and their families are simply ruined if their business burns.  This, of course, does not address the loss of life).

No person or organization has the right to kill, and destroy property, based upon some perverse notion they are “seeking social change.”  No one has the right to become a law unto themselves.

What we are witnessing are the very same actions that constitute invasion and war.  It is the definition of insurrection.

We address critical issues in this country by persistently speaking out, voting, organizing, marching, and striking.  We address them by building a grassroots movement from the ground up and persuading elected officials to address our demands for needed change in our law and policy—or voting them out and choosing different elected officials.  We also may address them by seeking relief in the courts.

What we are seeing is a rebuke to our American system of law and self-government.  The great sadness is that the focus should be on the death of George Floyd and not on how we are going to keep American cities from going up in flames and how many people may be killed and how much property and livelihood destroyed before this ends.

The president has authority to do so, including under the Insurrection Act, and he must move quickly and decisively to end this national disgrace.