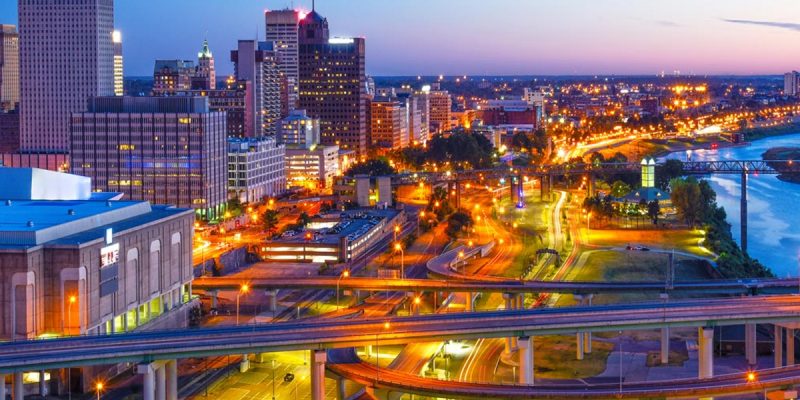 The near-term history of 2020 will be about the COVID epidemic, the shutdown of the economy, and the protests and associated violence in the streets. But when historians in the future discuss substantive trends, they will highlight that these events served to awaken a malignancy that detrimentally afflicted our cities.

In our times there are three forms of American cities. First, there are the mega-cities like New York, Los Angeles and Chicago, cities that in any other place would be nations unto themselves. Because of their size and wealth concentration, these cities generate their own semi-independent economies and revenues.

Then there are medium-sized cities like Birmingham, Jacksonville and Boise that may have large populations, but do not have the depth of economic diversity that would allow them to exist for long without connectivity to the national economy. Finally, there are smaller cities and towns that, though they are most numerous, are wholly dependent upon a few industries or agriculture for their existence.

All these cities have one common denominator, they are viable only if there is an economic reason for them to exist.

Obviously, because of the diversity of their economies, the large cities are much less reactive to social, political, and economic pressures, and just as obviously the small cities are incredibly sensitive to the same pressures. But the medium-sized cities collectively form the true heart of America, the cities that geographically and by aggregate population represent so much of our urban centers. And it is the medium-sized cities that are at the highest risk of obsolescence.

Until perhaps the beginning of the 20th century America was still an agrarian society. True there were economically powerful cities such as New York and at one time even New Orleans, but America had not yet seen the explosive growth that led to the creation of so many medium-sized cities and the suburbs that we know today. Medium-sized cities of today were just large towns then. People were born, lived, and died either in the few large cities or in the rural areas or in the towns, that was it.

That all changed with the two great wars and the major depression followed by the outbreak of prosperity that marked the twentieth century. Suddenly towns exploded in size as manufacturing and technology supplanted agriculture as the mainstay of the American economy. After World War II and through the end of the Twentieth Century, changes in lifestyles and jobs, as well as growing urban density, brought about the rapid expansion of middle-class suburbs. The result of this trend was a shift of wealth away from the traditional city and toward the suburban regions.

As more of the middle class departed, political power in the cities shifted away from heretofore traditional conservative policies, leaving in its wake growing left-wing Democratic political control. Federal programs such as the New Deal and the War on Poverty brought on an unintended breakdown of traditional family structures and replaced them with ever-growing government dependency. City governments became vehicles to transfer wealth that flowed largely from Federal largess.

Though this relationship was a politically satisfactory synergy, it contained a deeply embedded, but long slumbering, fatal flaw that sooner or later was certain to doom the relationship and economically cripple the cities. This flaw was that Democratic governance is primarily grounded in the liberal belief that government policies should control outcomes, not opportunities. Such control of outcomes is an anathema to business and contrary to the American capitalist economic system.

In so many medium-sized cities, the economic response to Democratic policies has been an incremental decline in the business activity that was needed to produce middle-class jobs for suburbanites and to sustain the tax base for Democratic politicians. We see this close to home in cities like New Orleans that have declined in economic power as the steady out-migration of businesses and jobs broke the decades-old synergistic relationship. In many cases suburbs created their own business hubs that drew further from the cities.

With the COVID-19 epidemic, this trend accelerates. A significant number of middle-class workers have now been exposing to working from home, and a significant number of those workers will choose it over the daily commute into the city. Many of the companies those employees work for, seeing that a remote workforce can be happier and just as productive, will then shed high-rent and high-tax office space in the city. What would have happened over 10 or 20 years may now happen over the space of months in some cases, leaving the cities out in the cold.

Another factor in this trend is demographic. As the Baby Boomers have retired to their homes in the suburbs, the demand for medium-sized city jobs has also declined. Therefore, any pressure on city leaders to attract business to supply those jobs has also diminished. Short-sighted urban leaders, assuming that during their time in office there will always be a steady flow of Federal funds, focus most of their interest on liberal social issues and ignore the needs of business. Doing so, they obliterate the once critical synergy between the city and its suburbs. Once again, the fatal flaw damages cities, in this case by ignoring suburbs, cities lose state and Federal political power and influence.

Over the last few weeks, the media has been replete with American cities in the throes of massive protests and even going up in flames. Ironically, these same cities have been under Democratic control and have followed liberal Democratic policies for decades. During this time of unrest Democratic city leaders, as they so often do, have ignored the decline of the cities brought on by their own policy failures, and have sought to redirect the controversy to outrage over racial fault lines. But ironically the faults they point to manifest themselves within the very cities and states that Democrats have controlled for so long. What is missed is that, by unleashing that heretofore slow-growing fatal flaw, their response to the public outcry is only accelerating the decline of their own cities.

Just think about this example, as liberal leaders give in to defunding police departments, the exodus of middle-class people and businesses, those that flourish only under a regime of law and order, will only accelerate. This will leave cities ever poorer and more desperate for taxes to pay for liberal social programs. That spiral continues as more people and businesses are driven out. This will not end well.

This pattern is playing out in mid-sized cities all over America. The protesters and rioters may have grabbed the headlines and bullied the politicians into submission, but what they have laid bare is a cancer that has metastasized, one that will ultimately consume city after city. Should, as seems likely, the protesters and rioters get their way with Democratic leaders, the laws of economics will ensure that American cities will look far differently in coming decades. The Age of Great American Cities as we have known them will have passed and the Age of Decentralized Economic Power Centers will have supplanted it.

That leaves the question of what our future society will look like. Well, America has seen this before when people migrated from rural areas to cities. Now technology and economic forces will dictate a society wholly different from today. Cities may continue to exist as weakened vestiges of liberalism, but economic power will be somewhere else. That translates into concentrated poverty, growing social ills, and massive shortfalls in funding in the once vibrant medium-sized cities.

The cities who understand this and react affirmatively to the forces at play will prosper. Those who do not will join the horse and buggy as footnotes in history.