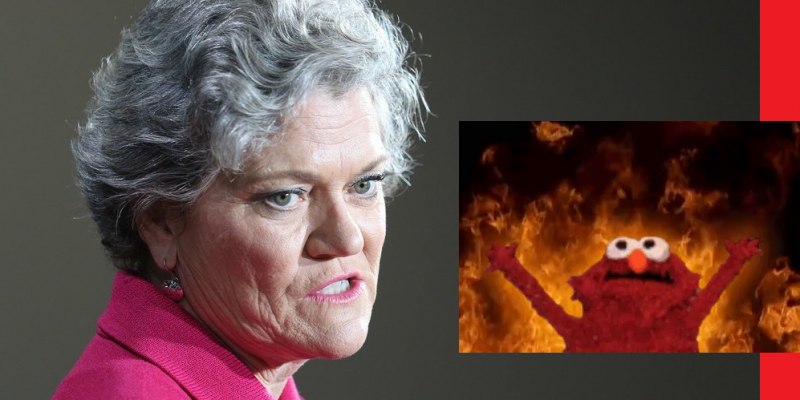 While we were reviewing Texas Congressional races in the primary runoff for July 14, one in particular raised some eyebrows.

In the 24th Congressional District Democratic Primary Runoff, Kim Olson was caught making, if not a call to violence for rioters, quite an immodest proposal.

According to the Washington Examiner, via Houston’s KTRH-AM, a clip from a live digital event recorded Olson defending the looting, rioting, and arson that occurred following George Floyd’s death in Minneapolis.

“What the hell you got snipers on the roof for in a peaceful march? Even if people loot, so what? Burn it to the ground, you know, if that’s what it’s going to take to fix our nation,” Olson said. “I know people don’t want me to say that. But what are you going to do, shoot us?”

Olson’s campaign countered that the quote is “being taken out of context.” Watch and tell us what you think:

The seat is in play after GOP incumbent Kenny Marchant decided to retire from the position he has held since 2005. National Democratic interest groups have targeted the Dallas-area district in hopes of flipping it.

The Democratic nominee, whether Olson or Candace Valenzuela, will face Republican Beth Van Duyne in the November general.

Olson’s military career is a highlight of her resume, as one of the first women to graduate from flight school — a familiar refrain from a U.S. Senate Democratic runoff. When stationed in Iraq in the early 2000s, the Examiner wrote, Pentagon prosecutors accused Olson of directing contracts to a private security firm that she was directly involved with. Olson denies any profiteering, but rendered a guilty plea and paid a fine that allowed her to proceed to an honorable discharge.

From the hip: Olson’s comment, while a critique of police militarization (a frequent plank even in the Texas Republican platform), seems ignorant of the dangers rioters (not protesters — there’s a difference) pose to the population in general, as well as public and private property.

No, the police have no intention of “burning it to the ground.” The only ones doing that so far are the rioters.

Interested in more news from Texas? We've got you covered! See More Texas News
Previous Article Happy Flag Day, Texans! 175 Years Under Old Glory (Give Or Take A Few)
Next Article Want To Protest Fascism? Stand And Salute The Flag (And Your State Flag, Too)