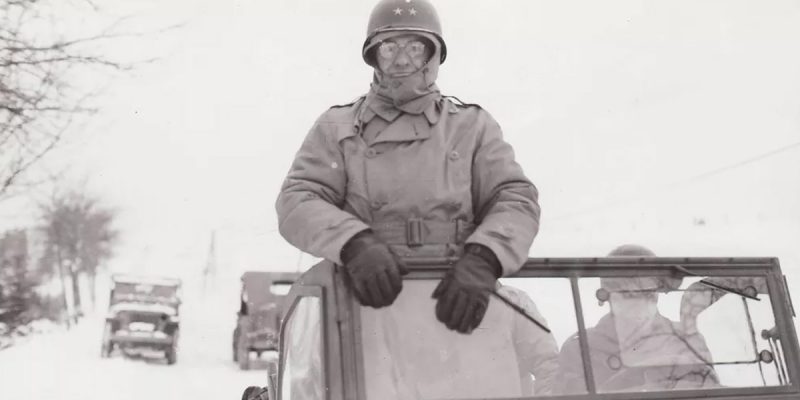 Others have written about the career of Troy H. Middleton more extensively than I propose to do here, suffice it to briefly note what an incredible career it was. Born in 1889, he lived through most of the 20th Century, dying in 1976. From the point at which he enlisted as a private, through service in the Mexican Revolution, World War l (Meuse-Argonne offensive) and  World War ll (Salerno, Normandy, Battle of the Bulge), Lieutenant General Troy H. Middleton was one of the very best soldiers ever to don the uniform of the United States Army.

He was a hugely successful corps commander during World War ll, where his singular job was to defeat the Nazis, the most vile, hideous and destructive racists of all time. Quite simply, this nation and the world owe him a debt of gratitude that can never be repaid. How strange then the recent controversy over the fact that his name adorns the LSU library. This was a sorely needed facility which he fought for and caused to be built to better the the education of LSU’s students and enhance the prestige of the university he loved.

The present controversy, of course, has to do with one letter, wherein the general did indeed make disparaging remarks about African-Americans, in 1961. But this letter must be judged in the context of the time and place in which it was written, not by today’s standards. And that brings us to the real matter before us, the fallacy (faulty reasoning) of Presentism.

Now, one need not be a graduate student in history to understand this concept. If you’ve never heard of it, take ten minutes or so to look it up in no less an authority than Wikipedia. (Here I digress to make a small joke.) In essence, Presentism is an increasingly common historical fallacy wherein incautious historians and ideologically motivated writers, particularly reporters, inject present day values and perspectives when interpreting past events.

The point to be made is that you cannot judge people from the past by today’s far more rigorous standards- you must judge them by the standards of their time, or you will misjudge them entirely.

LSU did not suffer anywhere near the problems in adjusting to African American student enrollment that many other Southern colleges and universities experienced. Notably, when Governor John McKeithen went looking in 1964 for members to serve on his new bi-racial commission to investigate and salve racial tensions, he chose Troy Middleton to chair it. The aging general and retired President Emeritus of LSU agreed to serve for one year; typically for him, he served for five. I submit that the presidency of Troy H. Middleton is the single biggest reason that LSU got through those difficult times with relatively few problems.

True, the letter in question must be carefully considered by persons of well meaning intent, but so must an entire lifetime of dedicated service. We owe this much to the memory of an immensely successful general, the leader who brought LSU to the first rank of American universities.

And think carefully on this issue, because the dark forces of Marxism and anarchism have other such letters in their archive of hatred and cynicism, waiting to be used to further weaken our country at a moment of national angst or heightened racial tensions. Just remember to judge the people of our past by the standards of their time, not ours. You will be shocked by the difference this makes in understanding our history.