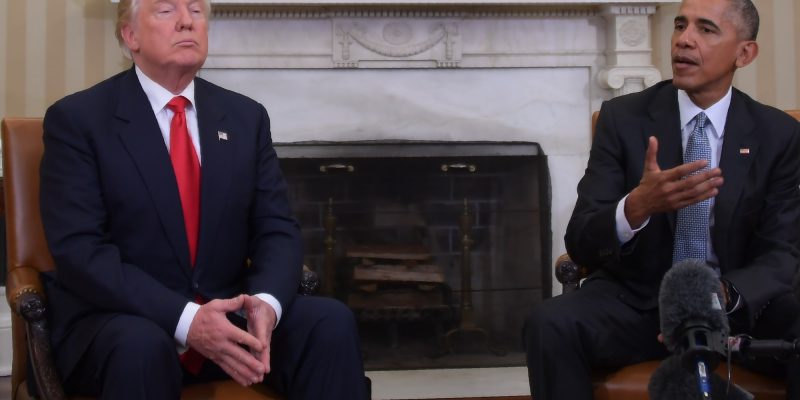 President Trump sat down with the Christian Broadcast Network (CBN) yesterday when he stepped up his criticism of his predecessor’s conduct, accusing Barack Obama of “treason” by spying on his campaign and breaking the tradition of a peaceful transition of power.

As the interviewer points out, Trump has been asked this question in the past but seemed to take the high road as more details of the case came to light but not anymore.

The reporter asks the president, “You’ve been asked before about what crime he would have potentially committed–.” Trump interrupts saying, “Treason. Treason. It’s treason.”

The president distanced himself from Special Prosecutor John Durham saying,

“I’ve never met Durham because I want to stay out of it because otherwise it’s gonna look political. But Durham, as you know, is a highly respected person. And Bill Barr is doing a great job as Attorney General. Let’s see what they come up with but they don’t have to tell me. All I have to do is read the papers. The insurance policy, ‘In case she doesn’t win, we got an insurance policy.’ Well, that was all the stuff we went through, let’s say over the last two and a half years.”

As to Democrats’ criticism of Attorney General Barr, Trump said that they don’t like him because “He’s doing such a good job… He’s got them in his crosshairs.”

President Trump told CBN what would have happened if Republicans had done what the Obama administration did,

“If it were reversed… 25 people would have been convicted and they would be sent to jail for 50 years.”

The definition of “treason” is “the crime of betraying one’s country, especially by attempting to kill the sovereign or overthrow the government.” While “44” did not try to “kill” Trump, the argument could certainly be made that he was complicit in an attempt to overthrow the Trump administration.

Watch the intriguing interview for yourself below: