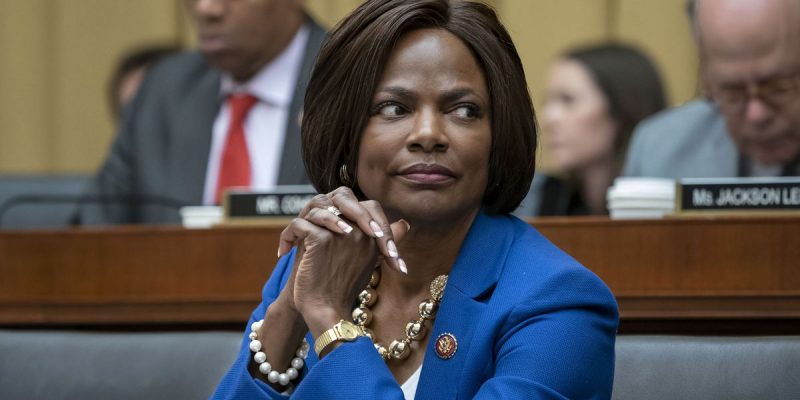 Some people just do not know an opportunity when they are presented with it. Just so was when Florida Congresswoman Val Demings, one of the “short list” of potential Vice-Presidential candidates, was interviewed.

Congresswoman Demings came off as a very intelligent woman whose history has included a stint as the police chief of Orlando, so she spoke with some authority on police matters. One would have expected her to support the police, but while she did not attack them, she avoided the opportunity to boost them by falling back on predictable Democratic talking points.

When asked about defunding police, she pivoted to the blame everyone but us gambit by demanding substantially increased funding for social programs in urban America. More social workers, more spending on public education, more spending on this program and on that, no accountability for anything. What a missed opportunity to set herself apart from the crowd that was.

She could sincerely believe that endlessly repeating the same mistakes that we have made would solve our problems, but I doubt it. No person as intelligent as she can look at the situation in urban America and sincerely believe that doing more of the same would create any different outcome. Therefore I am led to the conclusion that she was playing it safe by simply relying on Democratic talking points; no creativity, no thinking out of the box, no political courage, just the same things that Democrats have relied on seemingly forever.

And as usual she was not pressed on how she would pay for massive increases in social spending while at the same time maintaining police spending, or why she thought that doubling down on these failed programs would work this time. Most telling, she was not pressed on why, after generations of Democratic control of our cities, the problems of urban America have become so much worse.

The statistics on this stuff are mind blowing. Though we are spending trillions on social programs (in 2011 Congress estimated that we spent about $2.3 trillion that year, who knows what it is today), we have seen only deeper and deeper despair. More than 70% of African American families have no father in the home, education results for the poor are abysmal, crime is rampant, drug abuse out of control, health outcomes terrible, economic opportunities rare. The only common denominator in all of this is the trillions that we spend on solutions that in the end turn out to be the actual root cause of so much despair.

But like all modern Democrats, the Congresswoman deflected fact and relied on hyperbole.

In my view there are two reasons Americans have ignored the more than obvious failures of fruitless social policies by willingly going along with pouring good money after bad into inner cities. First, perhaps cynically, Americans, without demanding proof of improved outcomes, accede to massive spending because they believe that the problems will stay in those urban areas and stay away from them.

Second, less cynically, Americans have an innate sense of fairness and have allowed themselves to be convinced that granting Democrats an open checkbook might do some good for less fortunate people.

In both cases we turn a blind eye to the truth about the plight of the poor, that is, we do so until they rise and start burning their own cities. Then, for a short time, we allow ourselves to be convinced once again by Democrats that more money and more meaningless policy changes will make the problems go away and we will then be allowed to live in peace, away from tragedy.

Why do we react that way? Because it has worked, that’s why. If only we grant Democratic leaders massive spending without regard to outcomes, spending that as an aside keeps them in power, then they and the poor will leave us alone. Who cares if thousands of poor black Americans kill other poor black Americans, who cares if poor kids cannot read or write, who cares if children have no idea who their father is? We buy our own peace and salve our heartfelt concerns by spending more and the result is we achieve the exact opposite of what has been promised.

So, I should not have been surprised that to deflect the obvious question of why our spending has done no good, the Congresswoman has fallen back on the tried and true tactic of blaming the bogeyman behind the tree and stating that only more spending will work. Her hope is that Americans will follow the same pattern as we always have, the one that has always worked for Democrats. She hopes that we will refuse to see the obvious misery that spending, unbridled of the requirement of positive outcomes, has wrought.

Congresswoman Demings or someone whose talking points sound like hers will be given the chance to run for Vice-President. If they win, we will spend massive amounts in the cities, and nothing will change. If they lose, we will do the same. And in the end, the downtrodden will fare no better.

This is all too bad, because a Congresswoman of her background has a chance to rise above the field by speaking truth to power within her own Party. She could rise above politics by taking the position that generations of social spending has actually exacerbated inner city problems, problems that can only be cured when there are fathers in the home, when murders are rare, and when there is truly quality education.

But that all takes a courageous politician, one that people of all Parties would gladly follow. It seems that it is not to be. Just more of the same.

And her potential to make a difference will just slip away. You see, in politics, opportunity never knocks twice.