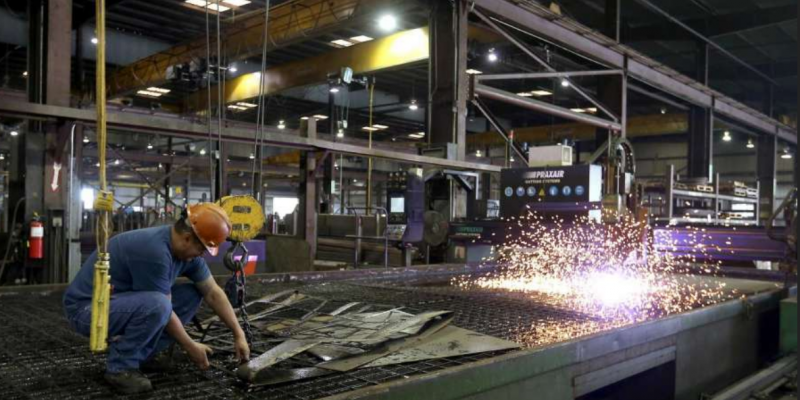 The impact of the coronavirus resulted in a surge in demand for personal protective equipment (PPE). U.S. manufacturers were able to quickly transition to produce PPE and other supplies necessary in the fight against COVID-19, according to a new report.

“The PPE manufacturing industry has become one of the most important industries in the United States nearly overnight,” the report by IBISWorld says.

“Prior to 2020, the industry underwent a boom and bust cycle matching that of the decline in industrial activity that occurred between 2015 and 2016,” the report states. Strong manufacturing activity in 2018 bolstered the industry’s sales, IBISWorld adds. It projects that now, after the coronavirus restrictions, the industry’s revenue will increase at an annualized rate of 3.8 percent to $5.7 billion over five years.

The industry’s largest manufacturers are operating at maximum capacity and are currently or intending to expand their domestic production capacity within the year, the report adds. IBISWorld expects the industry’s trade balance to shift from a deficit to a surplus over the five years.

Many manufacturing companies quickly switched their production capabilities to manufacture PPE within a few short months.

“We have capacity to make a lot of things at big rates and we’re going to be going hopefully from 10,000 units a day to 50,000 units a day in a very short period of time,” CEO Mike Lindell told FOX 9 of Minneapolis-St. Paul.

In St. Louis, custom processor Brentwood Plastics Inc. produced PE film to manufacturers across the U.S. to use to make impermeable isolation gowns for healthcare workers. More than 1.6 million gowns were made in April alone from BPI film, according to BPI. On March 23, the U.S. Cybersecurity and Infrastructure Security Agency recognized BPI and its employees were as “workers essential to critical infrastructure during the COVID-19 response.”

Last month, President Donald Trump visited and praised the workers at Ford Motor Company’s Rawsonville Component Plant in Ypsilanti, Michigan, who built a “great medical arsenal” and helped make the plant become the “leading manufacturer and exporter of ventilators anywhere in the world.”

Because of the virus, Ford was forced to stop automobile production for the first time since World War II, the president said. Instead, company leadership called the White House and asked: “How can we help?”

Within two months, the company produced 50,000 ventilators, a feat, the president said, “most people would say it would be impossible to believe.”

Peter Navarro, director of the White House Office of Trade and Manufacturing Policy, said of the contract, “For far too long, we’ve relied on foreign manufacturing and supply chains for our most important medicines and active pharmaceutical ingredients while placing America’s health, safety and national security at grave risk.

“We are now moving swiftly in Trump time to forge an American solution, one that leads with American ingenuity, American workers, and American factories all dedicated to ending our drug shortages and expanding drug manufacturing infrastructure for a healthy and secure future.”

Over 80 percent of APIs and chemical ingredients used in the U.S. to manufacture generics and over-the-counter drugs are produced overseas. Of these, the majority are produced in China and India.