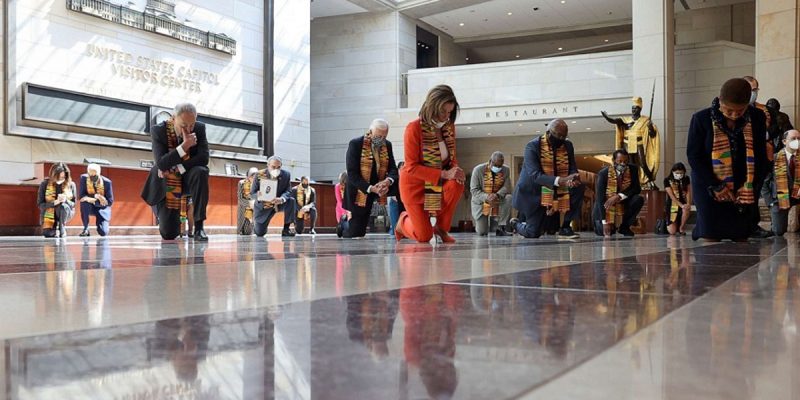 Okay, I will say what many are too craven or too political to dare utter. But I spent nearly my entire adult life at various levels of law enforcement and my eyes, like many of my aging veteran friends see through this toxic fog being spread by corrupt politicians and their propaganda machine, the corrupt media.

First, let me say this unequivocally. Mr. George Floyd’s murder was unjustified from any angle and from any Fourth Amendment analysis the proper and legal way to effect an lawful arrest. It took the “Reasonable” standard and shredded it. Derek Chauvin deserves to meet justice and suffer the consequences of his eight-minute dance on Mr. Floyd’s neck. No justification, as I see it.

Yes, I was a cop and an FBI agent. No one is more pro police than I. But I am pro-Constitutional policing, not ad hoc street justice with a badge.

I was also a federal prosecutor for 21 years and prosecuted bad cops, which only got me threatened by the people I once worked with. They say I betrayed them. They betrayed their oath of office and they suffered the consequences. Bad policing ties my guts into a knot. Always has and always will.

Now let me get to the essence of the issue.

Three weeks ago, no one gave a damn about Mr. Floyd or who he was. That’s why he was on the street hanging paper. It took a bad cop, with the presumption of innocence, to create the apotheosis the deceased Mr. Floyd enjoys today.

Every concupiscent politician now embraces Mr. Floyd as their friend, but three weeks ago, they wouldn’t give the man the time of day. He was dirt under those expensive Democrat shoes-not worthy of their time or attention. So, unto they only place he knew he goes-the streets. A place no professional politician is familiar with, for it is too plebeian a venue to visit, except at election time.

For too long black people have been harvested and used by the Democrats. They have viewed black people’s worth commensurate with how many votes the can squeeze out of them at election time. And today, Congress is having a Mardi Gras Ball, complete with constuming, to harvest more votes this election year.

The Democrats’ scythe is harvesting again, under the picture of a man they could care less about. A cop killed Mr. Floyd, and the Democrats are dancing on his grave.

Many people have suffered in several cities across America, through burning, looting, physical attacks and arrest. Now the politicians want to exploit this sadness for their own political gain, because they have gotten away with it before. And their get-away driver is the corrupt news media.

It’s time black America rejects the Democrats’ knee of exploitation and subjugation which has pressed against their necks for two centuries now. It’s time for them to re-think their loyalties and clearly see what is going on here—and none of it is good.

This rhetoric about defunding the police will hurt the black communities more than Pelosi’s neighbors, for she has her private protection. The common man must depend upon the police.

All Americans must demand Constitutional policing, for it’s one the pillars of our society. Politicians create problems; they don’t solve them. The remedy to what happened to Mr. Floyd must come from the professionals in the law enforcement community. Help is there, but the people must trust the professionals and not Nancy Pelosi’s carnival of faux care.