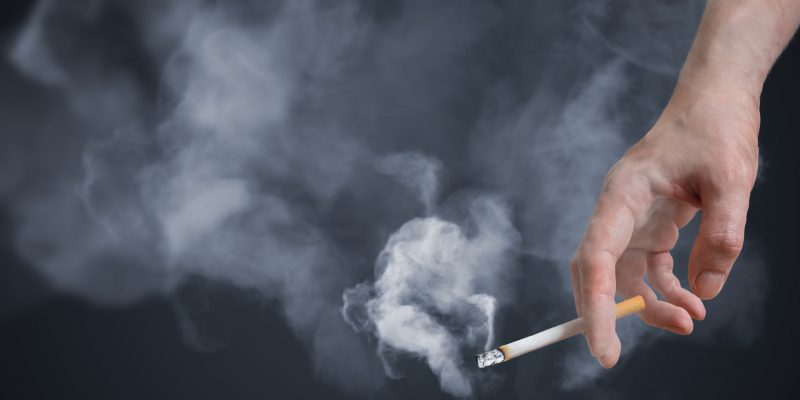 Earlier this month, the Shreveport City Council enacted an indoor smoking ban for bars and casinos which broadens existing ordinance to apply to all purveyors of commerce, excepting only those that had smoking as an integral part of their business and some limited lodging facilities. The casino inclusion, which the proposal originally didn’t cover, bars owner greeted warmly as they now wouldn’t see a competitive disadvantage for smokers with the two riverboats’ bars in Shreveport.

However, the ban doesn’t include a significant minority chunk of the economy that resides just to the east across the Red River. Bossier City apparently has no plans to emulate despite the significant triumph for individual liberties that would represent, particularly for those with health conditions aggravated by ambient smoke thrust into the environment by thoughtless others.

On the surface, that obstinance stands to reason due to the conventional wisdom that bar and casino smoking bans mean less business. With its economy so disproportionately dependent upon its three riverboat casinos, now down one with DiamondJacks shuttering, for now it won’t want to do anything it thinks will detract from tax revenues, even if it just limited a ban to bars and exempted casinos as the original Shreveport ordinance had read.

This stance will create a lesser version of what faced New Orleans in 2015 when it enacted a similar ban. It has just the one, land-based casino while Jefferson Parish and its cities, which include a couple of riverboat casinos, haven’t followed. In fact, with Jefferson slightly larger than Orleans in population, it was a matter of the lesser partner making a decision that, at the time, many claimed would harm bars and particularly the land-based casino, as opposed to the Shreveport/Bossier environment where the larger entity instituted the ban.

And a review of the data from the fiscal year 2014-19 period, and an extrapolation through the first half of FY 2020, gives a preview of what might come. The New Orleans ban went into effect two months before the end of FY 2015, and revenues dropped a noticeable 6.68 percent that year and 7.46 the next. Relative to small gains made in Jefferson, Orleans lost compared to it 9.54 and 10.67 percent in those years.

But things began turning around in 2017, with a loss narrowed to 4.12 percent and comparatively of 5.61. (The casino did open a courtyard with slot machines for smokers in the middle of that year, but it represents just a fraction of its total gaming space.) The past two fiscal years have seen increases just shy of 2.5 and 1 percent, respectively, and comparative gains just short of 3 and 1 percent. Extrapolated for the first half of 2020, the trend continues with a comparative gain near 2.5 percent.

This suggests that after an initial period where the parish with smoking in bars and casinos initially does gain at the expense of the one that doesn’t, the tables turned perhaps as punters who disliked smoking began to outnumber those who engaged in it and chose venues accordingly. If this trend were to hold, it might actually benefit Shreveport’s casinos.

That’s because, in the 2014-19 period, Shreveport casinos have suffered much more revenue degradation than Bossier’s. The pair lost 17.5 percent over that time, while the four in Bossier slipped just over 2 percent. Even subtracting DiamondJacks from 2019, Bossier still would have lost a lesser percentage over the period.

Assuming the relative change in fortunes witnessed in Orleans and Jefferson replicates over the next few years along the Red River because of the new ban, Shreveport’s boats might actually do better that they would have otherwise. Sales tax and beverage tax revenues from bars may follow, although measuring these data and isolating any impact to the ban would be extremely difficult.

But if that’s what happens, maybe Bossier City, now with Lake Charles (which has an economy just as dependent on gaming if somewhat more diversified) and Kenner (which has one of the Jefferson boats) the largest cities (all a few thousand people around 70,000 in population) in Louisiana without a smoking ban in bars and casinos, might tag along.