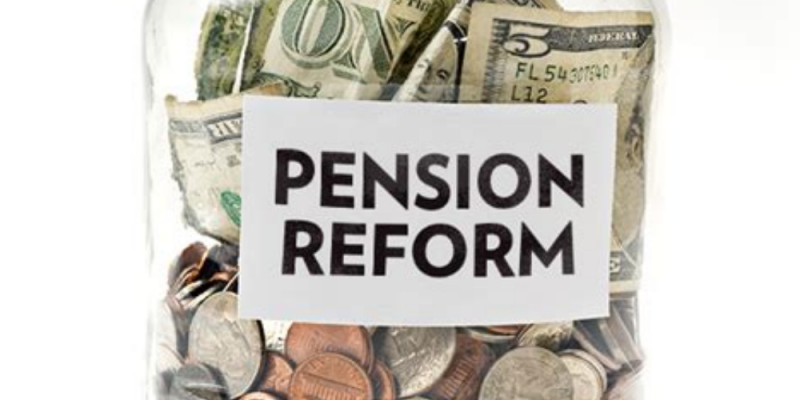 States nationwide are facing a pension crisis that existed well before the coronavirus economic shutdown ever hit, according to independent reviews of state budgets.

“Politicians and fund administrators everywhere wasted the reform potential of an 11-year bull market,” Steven Malaga wrote in an analysis of pensions published by the Wall Street Journal.

For the past several months, politicians from blue states have been asking for more federal relief while legislators from red states argue taxpayers shouldn’t have to bail them out.

Economists note that deteriorating state economies existed even before the Great Recession of 2007 to 2009.

According to a December 2019 report published by Pew Charitable Trusts, state and local public employee retirement systems manage over $4.3 trillion in public pension fund investments, with returns on assets accounting for more than 60 cents on every dollar available to pay promised benefits.

“About three-quarters of these assets are held in what are often called risky assets – stocks and alternative investments, including private equities, hedge funds, real estate, and commodities,” according to the report.

Research by The Pew Charitable Trusts indicates that since the Great Recession, public pension plans lowered return targets in response to changes in the long-term outlook for financial markets.

Pew’s database includes the 73 largest state-sponsored pension funds that collectively manage 95 percent of all investments for state retirement systems. The average assumed return for these funds was 7.3 percent in 2017, down from over 7.5 percent in 2016 and 8 percent in 2007 just before the downturn began, Pew notes.

After the Great Recession, John Locke Foundation President John Hood argued that state leaders were entirely responsible for their own states’ budget crises.

If states “are to have any hope of avoiding the twin nightmares of default and a federal bailout, governors and legislators must get serious about changing their ways,” Hood wrote.

The “fiscal calamity” state leaders found themselves in predated the previous economic slump before the Great Depression ever hit, Hood added.

“Their shaky financial foundations were in fact set long ago – through unsustainable obligations like retirement benefits for public employees, excessive borrowing, and deferred maintenance of public buildings and infrastructure,” he said. “The result has been a long-building budget imbalance now estimated in the trillions of dollars.”

In several analyses published by the nonprofit educational organization Truth in Accounting (TIA), most state budgets indicated that elected officials’ repeated financial decisions created significant debt burdens for their residents, and these states’ “financial problems stem mostly from unfunded retirement obligations that have accumulated over the years.”

“Looking across the 50 states, the tendency is, blue states tend to be in worse financial shape, mainly because of poorly funded, promised retirement benefits. It’s ironic but illuminating that this is the tendency, despite (or because of) the fact that blue states tend to have stronger unions, including in the government workforce,” Bill Bergman, director of research at TIA, told The Center Square.

“There are exceptions at both ends of the scale,” Bergman adds. “States like Kentucky, Alabama and Louisiana are in worse shape than you might expect, given their ‘red’ state rankings, while states like Oregon, Minnesota and Iowa are in better shape despite where they rank on ‘blueishness.’

“But the general tendency is a strong one. Blue states tend to be in worse shape.”

Chris Edwards, an economist at the Cato Institute, added that, “in addition to unfunded pension plans, state and local governments have trillions of dollars of bond debt and unfunded worker retirement health costs,” that add to their financial malaise.

When the economy picks up again, Edwards says that state leaders should “start running consistent surpluses and use those funds to pay down debts and obligations and to build up state rainy day accounts.”

In order to be ready for the next economic downturn, states should prioritize “paying down debts and putting aside money when times are good, just as responsible households do,” Edwards adds.