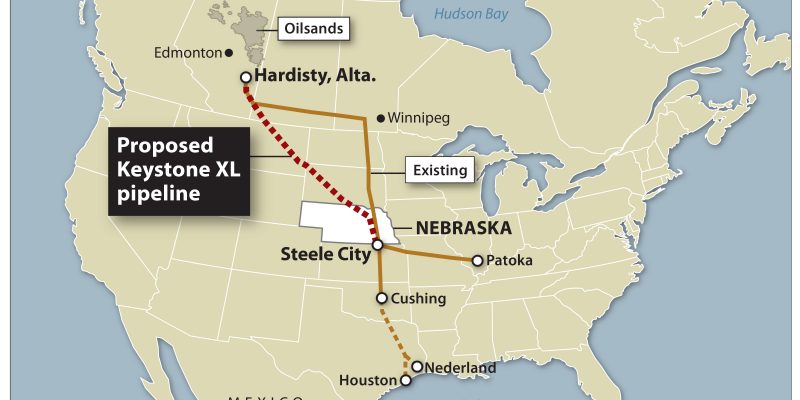 The Trump administration has asked the U.S. Supreme Court to overturn a federal judge’s decision and grant a permit to allow the construction of the Keystone XL pipeline to continue.

The 1,200-mile pipeline from Alberta, Canada, to Nebraska has been stalled for much of the past decade.

The Montana District Court had previously revoked construction permits for the Keystone XL Pipeline in July 2019.

In April, Morris ruled that the U.S. Army Corps of Engineers had improperly granted a permit to TC Energy, known as Nationwide Permit 12, which allowed certain pipeline construction.

In his ruling, Morris also put a hold on the entire Nationwide Permit 12 (NWP 12), arguing the federal government had violated clean water and endangered species laws in granting it.

NWP 12 is a general permit under the U.S. Clean Water Act that allows certain discharges from the construction, maintenance and removal of oil and gas pipelines and other utility lines.

Morris’ decision was appealed to the Ninth District Court of Appeals, which in late May denied the Trump administration’s request to continue the Keystone XL project.

In it, they decry the Montana ruling that put a hold on the entire Nationwide Permit 12, which advances new oil and gas pipelines in every state, regardless of their length, purpose or minimal environmental effects.

“The decision was not just overbroad, it was not requested by any parties in this case,” the brief argues.

“Maintaining a stable electrical grid is absolutely vital to the public, and the need for consistent, reliable electricity has been met by the growing production of oil and gas,” Attorney General Paxton said. “The successful production and transportation of oil and gas is lifeblood for the states and none of it is possible without a dynamic pipeline network.

“The district court incorrectly placed a burden on all pipelines, and that decision must be stayed in order to ensure that ongoing construction continues smoothly and no communities that rely on these growing pipelines are left without utilities vital to their practical and financial survival,” Paxton adds.

No states were notified that their own infrastructure projects would be burdened, or even included in this case, which was purported to involve only the Keystone Pipeline, the brief explains.

“The unrecoverable costs involved with complying with the district court’s order would cause irreparable harm to States and some projects would likely not survive the setbacks imposed by the court,” the coalition argues.

Francisco also argues, in a 42-page memo, that Morris’ ruling was too broad and threatens future pipeline development, including projects designed with minimal environmental impact.

“If the district court’s order is not stayed pending appeal, it will cause irreparable harm to the Corps and the public,” Francisco wrote. “In the absence of NWP 12 or another applicable general permit, the Corps would be unable to authorize dredge or fill activities for the construction of new oil or gas pipelines except through an expensive and time-consuming individual permitting process.”