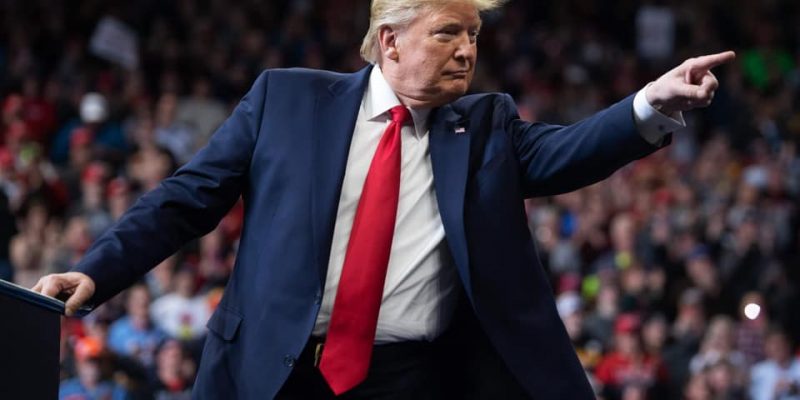 President Trump was in fine form on Saturday night as he rallied his base by delivering an energized campaign speech that covered a lot of ground.

It was a spectacle that the president has surely missed as thousands of adoring supporters cheered him on while he took on the liberal media, Joe Biden, and more.

“Republicans are the party of LIBERTY, EQUALITY and JUSTICE for ALL. We are the Party of Abraham Lincoln and the party of LAW AND ORDER!”

It did not take long for him to lay into his opponent saying “Joe Biden is a shameless hypocrite.” He accused Biden of associating with KKK leaders and praising segregationists. The president dismissed him as a big part of the problem for the past 40-plus years.

Among the highlights was the president hilariously mocking the “lamestream” media for obsessing over his water-drinking and cautious walk down the ramp at West Point. He condemned the media for questioning his health while giving Joe Biden a free pass.

The president did a reenactment saying, “General, there is no way I can make it down that ramp without falling on my ass, general.” He then defiantly drank from a glass of water before throwing it to the side to which the crowd roared in appreciation.

According to Fox News, the Tulsa rally saw the largest Saturday viewership in the channel’s history. An impressive 7.7 million people tuned in to hear the 45th president’s campaign speech. For context, Trump drew 8.2 million to his most-watched State of the Union address.

At the same time, the Trump campaign announced that an additional 4 million viewers tuned in to watch the speech through the president’s various social media platforms.

The mainstream media is seemingly obsessed with pointing out that the 19,000 seat stadium was not entirely full, a fact that the Trump campaign says is due to “BLM” protesters blocking the entrance of thousands more would-be attendees.

Leftist media outlets celebrated that “kids on tik-tok” were claiming to have duped the campaign by reserving hundreds of thousands of tickets. But that’s not even how it works. You see, tickets are not checked at the Trump rallies as they are simply an RSVP so all the kids accomplished was providing their contact information to the campaign.

The selective coverage exposes the media’s obvious bias as Joe Biden continues to keep a low profile while struggling to get as few as a couple hundred supporters to show up, or tune in, on any given day.