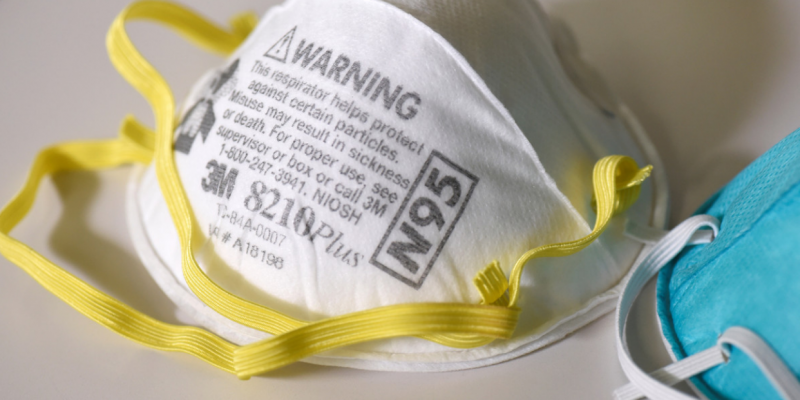 Texas leads the nation in the most recoveries, Abbott has said in his weekly press conferences and on social media.

Regardless, Abbott told KWTX, “Government cannot require individuals to wear masks. However, pursuant to my plan, local governments can require stores and business to require masks.”

His comments appear to contradict a guidance on the matter issued in April by the Texas Attorney General’s Office, critics claim. The guidance states that if there is conflict between the governor’s executive order and plan for reopening and that of local county’s orders, the governor’s order supersedes the county’s order.

The county orders requiring Texans to wear masks in public include a $1,000 fine or up to 180 days in jail for noncompliance.

On Wednesday, Bexar County Judge Nelson Wolff issued an order requiring everyone in Bexar County to wear face masks in public and warned that businesses could face fines of up to $1,000 for failing to comply within five days of the order.

Abbott said allowing counties to impose such orders “has been the plan all along.”

In response, state Rep. Matt Schaefer, R–Tyler, the former chairman of the Texas Freedom Caucus, tweeted, “Abbott’s words make sense coming from the governor of California, not Texas. ENOUGH! We don’t need a king in the governor’s mansion or in city hall. Let Texans decide. No more parenting from Austin.”

Imposing $1,000 fines on businesses that allow Texans to enter their establishment without a mask, “Is tyranny, plain and simple, and our Governor is enabling it,” the representatives said in a joint statement.

“We are at one of the greatest points of civil unrest in our nation’s history,” they added. “Having economically crippled what used to be deemed ‘The Texas Miracle’ through government mandates, we have allowed a virus that largely affects a certain subset of our state to cripple every community.”

The representatives said the governor “refused to listen to many of us who asked him to allow businesses to open sooner, and now he is enabling Democrats to further oppress struggling businesses with burdensome fines.

“We are left asking ourselves what has happened to Texas?”

This week, current special county assistant and former judge Sarah Eckhardt and Adler announced they were extending the county’s shutdown orders through Aug. 15, which includes “strongly encouraging” businesses to operate at smaller capacities and residents to wear masks and not gather in groups more than 10 people.

They said they extended the restrictions because of a recent increase in coronavirus hospitalizations in the area, even though Austin-Travis County Interim Health Authority Dr. Mark Escott said hospitals are not in any current danger of being overrun and the governor just announced that Texas has “abundant hospital numbers.”

“I want to be very clear about something: our hospitals are in good shape right now,” Escott said, explaining that most hospitalizations are “relatively brief,” with 50 percent of admissions being four days or less, and 75 percent being nine days or less.