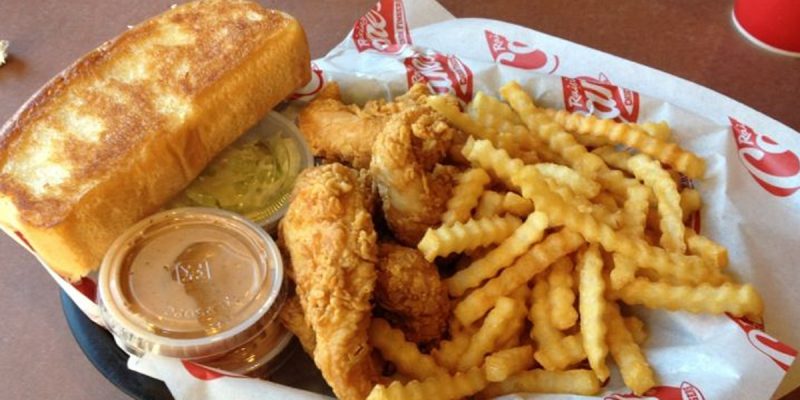 The history and experience of Raising Canes, the fried chicken chain founded in Baton Rouge by Todd Graves which has gone on to become a nationally-prominent player in the fast food sector since its founding in 1996, is an excellent case study in the uncanny ability of Louisianans to punish and alienate successful citizens.

As yesterday saw developments in that story, we’ll summarize it briefly.

Graves and Craig Silvey, students at LSU at the time, wrote the business plan for Raising Canes as a project for a class Silvey was in. It earned Silvey a C-minus, but the two were nevertheless hooked on the idea and committed to making a go of it. They shopped it around to investors all over Baton Rouge, but at the time nobody thought it was a good idea to serve fried chicken fingers, fries, Texas toast and cole slaw to college kids headed home from campus bars.

Graves and Silvey knew better, though. So to raise the money for the startup, Graves worked in an oil refinery in California, and then on one of those sockeye fishing boats in Alaska, where the pay is astronomical to go with the danger of falling overboard and drowning. With a few bucks in hand and an SBA loan, he was able to get the first location off the ground on Highland Road just north of the LSU campus.

Lo and behold, Graves and Silvey were right and the investors who turned them down were wrong. Raising Canes, named after Graves’ yellow lab, exploded as a simple, fast and high-quality fast food concept.

Silvey cashed out fairly early on, but in the 24 years since the chain’s inception Graves has turned it into a giant. Raising Canes has more than 500 locations and has gone international, with stores overseas in Kuwait, Saudi Arabia, Bahrain, Lebanon and the United Arab Emirates.

Along the way, though, Graves realized that he couldn’t grow the company properly out of a headquarters in Baton Rouge. He couldn’t get the management people he needed to live in a city with such rotten public schools, poor infrastructure, uncompetitive tax climate and so forth. So while Graves kept his core headquarters team in town, he opened a facility in Dallas where most of the company’s growth has taken place.

And he’s had a very low-key involvement in Baton Rouge and Louisiana politics. He’s given pretty generously to Republicans; you’ll find lots of donations to Garret Graves, Steve Scalise, Bobby Jindal, John Kennedy, Bill Cassidy and other usual suspects over the years, though he’s spread a little money around to Democrats as well – among them Kip Holden, Mitch and Mary Landrieu, Tara Wicker and others. But what you seldom see is Todd Graves coming out publicly for anybody. He’s quiet. The franchise’s motto is “One Love,” and he largely sticks to that by simply making chicken.

And Raising Cane’s hasn’t put out any of the typical corporate woke crap you’ve seen from, for example, Uber in the wake of all the George Floyd stuff.

Now calling out Todd Graves, noting the Cane’s founder has been silent on Black Lives Matter. “We know silence is violence.” This is now a new chant. pic.twitter.com/lC1RjK2FDd

Follow @jmderobertis for updates on the protest this evening organized by @BRforTHEPEOPLE … after targeting a suburban shopping area on Siegen Lane last week, protesters apparently chose neighborhood of parish district attorney this time around. https://t.co/Z9djisIVYa

They blocked traffic in and out of the Raising Cane’s location on Lee Drive between Highland and Burbank, and then they marched up Highland Road to the Plantation Trace subdivision where Baton Rouge District Attorney Hillar Moore, a Democrat who recused himself from investigating the Alton Sterling case in 2016 because he had a relationship with the family of Officer Blaine Salamoni, the cop who shot Sterling in a late-night scuffle as the latter was resisting arrest, and demonstrated in front of the man’s house.

Looks like protest organizers worked with @BRPD — who are on motorcycles and escorting the protestors along a shut-down Highland Rd pic.twitter.com/C3vnHywVAA

It’s not enough to protest their avowed opponents. Now these people are going to protest those who try to stay out of it.

We have a suspicion that this is really an attempt at intimidation because Graves has an affiliation with Republican mayoral candidate Jordan Piazza, who is running against incumbent Sharon Weston Broome, Wicker and state representative Denise Marcelle. But we don’t have any proof of it.

It’s more than two weeks since the fiasco in Minneapolis involving George Floyd, and “peaceful” protesters are now interrupting evening rush hour traffic, restaurant dinner service and even residential neighborhoods. It’s a matter of time before something unfortunate happens; these protests are peaceful only up to the point when they aren’t.

When is this going to stop, and when is someone in a position of authority going to put an end to it?