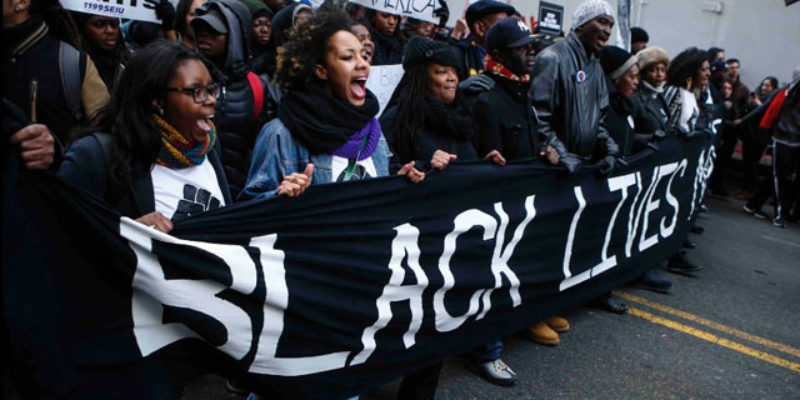 “If this country doesn’t give us what we want, then we will burn down this system and replace it.” Hawk Newsome, Black Lives Matter.

It is important that we distinguish between those in our country who genuinely seek social change within our democratic process and those who simply hate America and seek to burn it all down.

There is a major difference between sincere activists who honestly seek racial equality and the people behind militant, Leftist organizations like Black Lives Matter.  We are witnessing a mob cultural war being waged on America to erase our history, ridicule our patriotism, and fundamentally change our constitutional form of government.

We have now moved past sincere calls for police reform in response to the brutal and tragic death of George Floyd.  The best way to insure those reforms is peaceably but diligently marching, advocating and bringing political pressure to bear on elected officials.  That’s not what we’re seeing now.  That original effort has now been co-opted.  We now see random destruction across the country that bears no rational connection to Floyd’s death.  What we are now seeing is “Cultural Marxism.”

Cultural Marxism seeks to, slowly and inconspicuously, undermine and weaken every aspect of Western Civilization.  This weakening includes attacking our schools, our Judeo-Christian tradition—including marriage, family, faith in God, and sexual behavior.  Black Lives Matter, for example, has proudly admitted that “we are trained Marxists.”  BLM also specifically states that it seeks to disrupt the nuclear, i.e. traditional family as well as rejecting the notion there are two genders; it seeks to erode the principle of national sovereignty and supports open borders.  BLM also believes in guaranteed minimum income, seizure of our private property for redistribution, “free” healthcare, schooling, food, and property; it demands reparations and an overthrow of our system of capitalism.  It also seeks to abolish the police and eliminate jails. No more revolutionary agenda has ever been seriously presented to the American people; if adopted this would burn down our law, economics, religion and culture.

Cultural Marxism demands “political correctness” and falsely characterizes every human relationship as between the “oppressor” and the “oppressed;” “victim” and “victimizer.” It requires that our traditions, symbols, culture, freedoms, religion, art, literature, and history burn down so they will be devalued and forgotten.  Marxists dream of a sterile, atheistic world of human drones over which to rule, where government replaces God.

This dogma is a stinging rebuke to virtually every aspect of what we feel makes us freedom-and-equality seeking Americans who live under a Constitution and rule of law.  It is alien, foreign and revolutionary.

This is no longer just about the removal of Confederate monuments.  They are now coming after the foundation of our nation’s history.  They’ve torn down, defaced or removed Washington, Jefferson, Lincoln, Gen. Grant (who commanded Union forces), a Catholic Saint, Christopher Columbus and Teddy Roosevelt to name a very few.  No more “white” Jesus? I assure you they ultimately seek no Jesus at all.  Can removal of the Bible be far behind? Anti-Semitic, they’ve begun to march against Israel.  What about when they come for the Holocaust Memorial? They will never be satisfied because what they ultimately seek is an ideological “purity” that simply doesn’t exist.  We are all flawed.  Is there any doubt the historical figures who preceded us—and who made profound contributions to our country—were also flawed?  This deceptively simplistic Marxist view grossly distorts history.  (Be ready for the next “demand” at LSU to be removal of “Fighting” Tigers because the name derives from the fighting spirit of the Louisiana troops of Robert E. Lee’s Army of Northern VA. during the Civil War).

They are trying to erase our country’s history because without our history, symbols or traditions to remind us of its greatness—including our rights and rare freedoms—maybe we were never a great country after all? Maybe we don’t really possess intrinsic, God-given rights after all?  Maybe we are oppressors? This kind of thinking is moral poison.

Law and order could be restored but there are people in power, aided by an often-dishonest national media, with an interest in not having order restored.  Until then, we hold firmly to our love of this country and faith in God and pledge never to allow our history to be erased from our national memory or the chords of our American kinship to be severed.

Interested in more national news? We've got you covered! See More National News
Previous Article JOHNSON: Never, Ever Give Up On America
Next Article Can We Talk About What A Pitiful Fraud Colin Kaepernick Is?