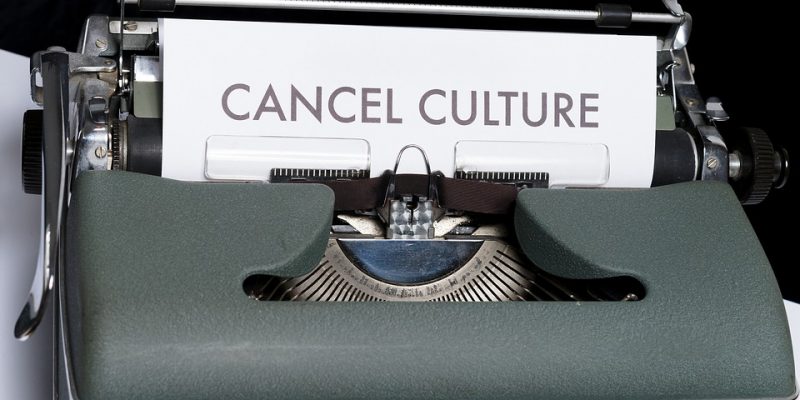 By no means an embrace of conservatism, a list of around 150 liberal writers signed an open letter decrying the extremes of the “cancel culture” and open-shaming phenomenon.

Appearing online via Harper’s Magazine, the letter spoke out “against the intolerant climate that has set in on all sides” and urged “free exchange of information and ideas, the lifeblood of a liberal society” be encouraged once again on the Left. According to the letter, signed by notable lefty figures such as Harry Potter creator J.K. Rowling, Margaret Atwood, David Brooks, Noam Chomsky, David Frum, Malcolm Gladwell, Salman Rushdie, and even uber-feminist Gloria Steinem:

We uphold the value of robust and even caustic counter-speech from all quarters. But it is now all too common to hear calls for swift and severe retribution in response to perceived transgressions of speech and thought. More troubling still, institutional leaders, in a spirit of panicked damage control, are delivering hasty and disproportionate punishments instead of considered reforms. Editors are fired for running controversial pieces; books are withdrawn for alleged inauthenticity; journalists are barred from writing on certain topics; professors are investigated for quoting works of literature in class; a researcher is fired for circulating a peer-reviewed academic study; and the heads of organizations are ousted for what are sometimes just clumsy mistakes. Whatever the arguments around each particular incident, the result has been to steadily narrow the boundaries of what can be said without the threat of reprisal. We are already paying the price in greater risk aversion among writers, artists, and journalists who fear for their livelihoods if they depart from the consensus, or even lack sufficient zeal in agreement.

Who could disagree with that? The guardians of tolerance and free speech reining in the mobs and taking a stand against hasty decisions motivated by doxxing, brigading, divestments in support of a Palestinian nation-state, and other modern-day forms of tar-and-feathering that occurs when leftist activists become angry. It has gotten so bad that if a liberal author is not anti-racist enough (or sufficiently engaged in efforts to curb man-made climate change, or to promote gender equality, or to push the latest envelope of the gay rights movement, ad nauseum) he or she could be subject to the same vitriol typically reserved for ardent conservatives.

Apparently many leftists did indeed disagree with the letter, and strongly. According to an article by Jesse Singal, a New York magazine writer and one of the signatories, there are several “hit dogs” (a term for social media personalities who subsist on Internet traffic) who could not handle the statement.

Media Matters’ Parker Molloy alluded that the letter was an attempt to censor fellow liberal activists.

And not a single one of them have been censored anytime in recent history. https://t.co/qCNTUXHKpe

Others took to Twitter to point out various disagreements between signatories, including several of the signatories who critiqued Rowling over her skepticism of transgenderism.

i really wonder if some of the people who signed this thought long and hard about whose names they'd appear next to. i really do wonder that. https://t.co/gzSSUp0OTG

Another, K̶a̶r̶e̶n̶  Emily VanDerWerff, promptly reported his co-worker, signatory Matthew Yglesias, to their editors at Vox, stopping short of calling for him to be fired:

I sent a version of this to the editors of Vox. (I have redacted some bits that are internal to Vox and shouldn’t be aired publicly.) pic.twitter.com/splNNSMivd

According to the Washington Post, the Harper’s letter drew “mixed reviews:” “Detractors pointed out that many of those who signed the letter, as one person put it, have ‘bigger platforms and more resources than most other humans’ and are not at risk of being silenced.”

The outcry was enough for a couple of the signatories to withdraw from it, including New York Times columnista Jennifer Boylan who profusely apologized.

I did not know who else had signed that letter. I thought I was endorsing a well meaning, if vague, message against internet shaming. I did know Chomsky, Steinem, and Atwood were in, and I thought, good company.

The consequences are mine to bear. I am so sorry.

Guilt by association, according to Boylan. Who cares about the actual statement? That speaks volumes of Boylan’s politics, which are more than likely governed by popular zeitgeist and no actual, underlying political, religious, or moral philosophy.

But before we gather too much sympathy for the erudite liberals who signed the letter (and face-palms over those who panned it), the detractors and the signatories have one thing in common: They both like to blame Donald Trump. Again, from the letter:

The forces of illiberalism are gaining strength throughout the world and have a powerful ally in Donald Trump, who represents a real threat to democracy. But resistance must not be allowed to harden into its own brand of dogma or coercion—which right-wing demagogues are already exploiting.

Interesting that they chose the term “illiberalism,” which means only partial representation or a flawed democracy. Conservative author Dinesh D’Souza used the term in his 1990s tour de force “Illiberal Education: The Politics of Race and Sex on Campus,” which exposed  the chiseling away of scholarship and individual merit in exchange for promoting an agenda centered almost exclusively around race and gender. Funny how things haven’t changed in the decades since.

It’s easy to blame a politician for problems in one’s movement. It’s harder to admit that in every movement you have extremists. For liberalism to take the next step from this letter, progressive thought-leaders must carefully examine how these attitudes took their root when Trump was a reality TV show and not leader of the free world. But for the remainder of the Trump Administration this will be a tall order.

This letter, regardless of the blame game and any intellectual inconsistency, remains a step in the right direction.