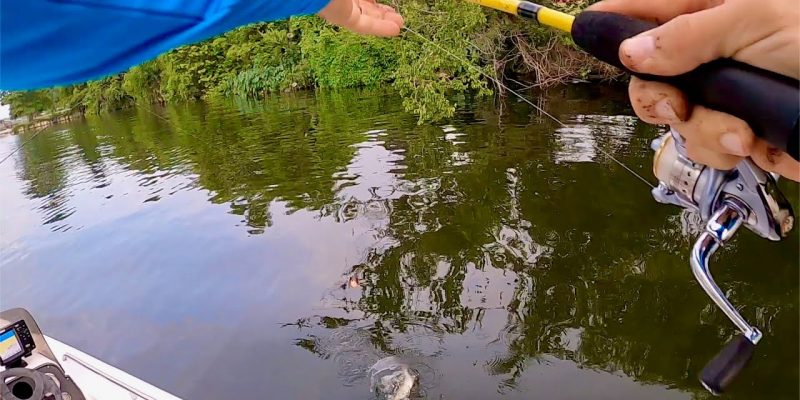 Like most coastal anglers, Chris Macaluso has spent more hours than he’d ever admit standing on the deck of a bay boat, casting plugs and soft-plastic lures in search of speckled trout or line-stripping redfish.

It’s a sport with loads of self-applied pressure, as anglers seek to outwit notoriously finicky fish that feed on their own terms. What worked yesterday probably won’t today, and that quest to figure out the pattern of the moment is what makes the sport challenging and keeps it interesting.

But sometimes, you don’t want to think, and you just want to catch.

For the last few months, when Macaluso has gotten the urge for some easy action, he’s awakened his fishing-crazed son, Hank, before the chickens, and made the short drive from his Baton Rouge home to New Roads and the famed False River.

Cut off from the Mississippi River 54 years before our Founding Fathers declared their independence from a tyrannical king, False River is an oxbow lake that has a storied history as a trophy-bass producer. Macaluso grew up fishing it with his father, Joe, a legendary outdoor writer in South Louisiana.

In the last couple of decades, however, the lake fell on hard times, due to a number of factors, both manmade and natural. It became about as productive as a housewife hooked on soap operas.

But a series of mitigation efforts in recent years has put the lake back on the right course, and Macaluso has begun to see the fruits this year. He and Hank have discovered the lake is loaded with shad, and all that forage has birthed a catfish fishery that’s unrivaled. False River is replete with perfect eating-sized cats that provide fast action that doesn’t require a whole lot of thought.

Macaluso has been inviting me to tag along, and I finally got the chance last week. I discovered the action is just as good as he had claimed.