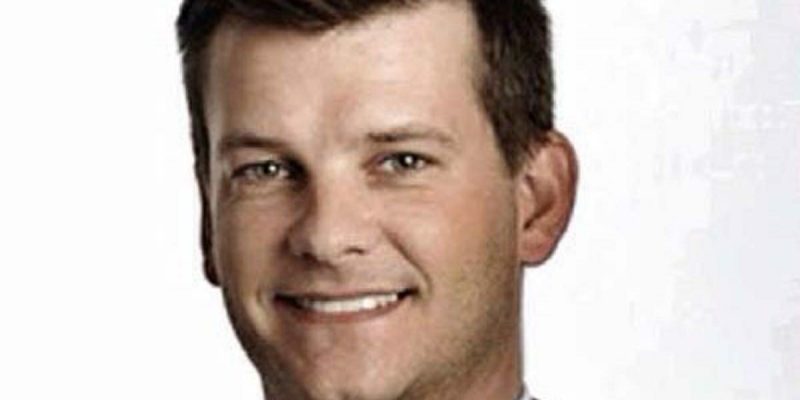 We haven’t seen any polling to confirm the impression, but in the early stages of a congressional race the most important metric in assessing the relative performance of the various candidates is usually how their fundraising is going. And by that metric it looks a whole lot like Luke Letlow is on the way to replacing Ralph Abraham as the congressman from Louisiana’s 5th District.

Luke Letlow, Ralph Abraham’s former Chief-of-Staff, raised a historic amount of $572,609 for his Congressional campaign, according to his pre-primary FEC report. This fundraising report covers from May 1, 2020 through July 4, 2020. The deadline to file this report was July 12, 2020. Letlow ended the reporting period with $502,006 cash-on-hand, which puts the campaign in a strong position going into the July qualifying period starting next week.

In these uncertain times, Letlow and his team made the strategic decision early on to invest in a robust fundraising operation and build out an extensive grassroots network around the district and state. This fundraising haul marks the most any Candidate’s campaign has raised at this point going into a primary in Louisiana’s 5th Congressional District history.

With over 550 unique donors, Letlow’s district-leading fundraising program has raised over $570,000 from all 24 Parishes in the district in only four short months.

“I am honored to have such an outpouring of support for my campaign for Congress. Between my private and public service, I have dedicated my life to the protection of rural Louisiana’s way of life. I believe my proven experience makes me the only candidate qualified to ensure we fight for what’s important for our district, state, and country. I am honored to have Congressman Ralph Abraham’s endorsement in this race, and I thank every one of our supporters as well as my campaign chairman, Scott Franklin, who has helped the campaign get to where we are today, and the best part is, we’re just getting started,” said Luke Letlow.

“This report shows just how sure donors and voters are that Luke is the right man for the job. Our campaign will have the money needed to ensure voters throughout the 5th district learn of the experience, the passion, and the know-how Luke has. Luke is the only candidate in the race with the on-the-job training to ensure we continue to move Louisiana’s 5th Congressional District forward,” said Andrew Bautsch, campaign manager.

That $572,000 number isn’t all that earthshaking for a congressional race, but it ought to be understood we’re talking about the 5th District here. That’s the most rural district in the state; it doesn’t pick up any of the major money centers in Louisiana and races there usually only involve a lot of cash being spent when they’re spent by people self-funding their campaigns. Vance McAllister, for example, was a self-funder and that worked for him, once.

So Letlow is already where Abraham was in 2016, when he was an incumbent running for a second term. He’s on pace to hit the $785,000 Abraham had available to spend in 2014, when he was first running.

Interestingly, he’s doing it in a cycle where it’s harder than ever to raise money. You can more or less forget about trying to do big campaign fundraising events; those aren’t even really legal right now, so the $100-a-plate BBQ soirees people are used to in the 5th District are verboten, and while maybe the real big-money events with a few rich people making max donations and showing up at somebody’s house somewhere for small gatherings are still possible, that isn’t really how it’s been done in the 5th District where the only cities of any note in the district are Monroe and Alexandria.

And the economy right now in Louisiana is nothing short of cataclysmic. Middle-class folks are trying to get their bills paid; they don’t have a $250 check for a congressional candidate right now even if they really like him.

Plus, without going on TV it’s extremely hard trying to push out a message or garner name recognition at present. Nobody is thinking about this fall’s elections, not with all the trouble in the world directly affecting everybody’s daily life.

And yet Letlow has managed to put that war chest together.

The two other major Republican candidates in the race haven’t gotten anything rolling the way Letlow has. Lance Harris, the state representative from Alexandria who going into the race had to be considered the favorite given that he was the holder of the highest-level elected position of all the candidates, has so far raised $120,000, spending only a couple thousand of that. And Ouachita Parish police juror Scotty Robertson hasn’t released his second-quarter finance statement yet; he had raised $85,000 and spent $28,000 of that as of his first quarter statement and there are rumors his campaign is, to be generous, “in flux.” None of the Democrats in the race have any appreciable financial resources.

Money can’t buy you love, as the song goes, but it is still something of an indicator of the contours of a political race. And that indicator makes it clear Letlow is the frontrunner in the race at present.

Interested in more national news? We've got you covered! See More National News
Previous Article SADOW: Louisiana Ought To Redefine Qualified Immunity For Police
Next Article DeSantis does what should have been done a long time ago: require parental consent for minors to get abortions