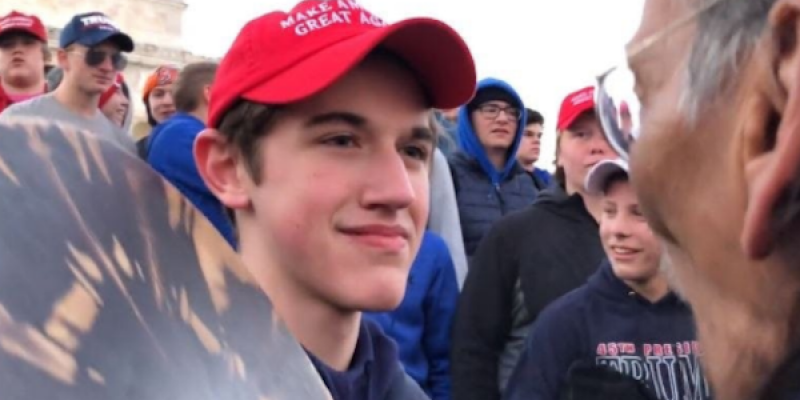 The MAGA-hat wearing catholic student that was mercilessly mocked by liberal media outlets for daring to not back down from a native American man beating a drum is now a millionaire.

His name is Nicholas Sandmann and he just settled his $250 million lawsuit against the Washington Post. That is in addition to the $275 million he reportedly agreed to settle with CNN for and he’s not done yet.

The incident took place in front of the Lincoln Memorial when Sandmann and his classmates were visiting Washington, D.C. to participate in the annual “March for Life,” America’s largest annual pro-life event.

“On 2/19/19, I filed $250M defamation lawsuit against Washington Post. Today, I turned 18 & WaPo settled my lawsuit. Thanks to @ToddMcMurtry & @LLinWood for their advocacy. Thanks to my family & millions of you who have stood your ground by supporting me. I still have more to do,” Sandmann wrote on Friday.”

The now-millionaire even called out the social media giant’s boss Jack Dorsey:

“We have settled with WAPO and CNN.

It is a just outcome for a young man who the mainstream media attempted to make an example out of in their maniacal pursuit of demonizing President Trump.

Let this serve as a lesson to all news sources to focus on the facts, not manipulate them to suit their own political agenda. And it should go without saying, children should be off-limits.

Not only has the liberal media hurt their reputation and their pocketbooks, they have created a conservative nemesis in Nick Sandmann who will likely be a thorn in their side for decades to come.