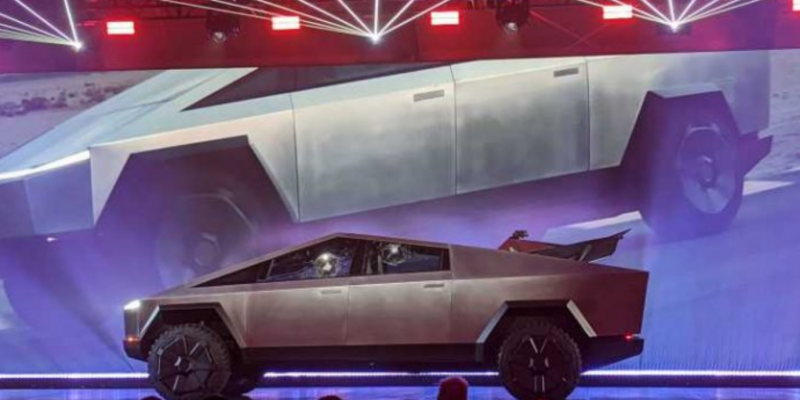 Tesla has selected Texas as the location for its next U.S. factory. Development on its new Gigafactory facility began last weekend about 15 minutes from downtown Austin.

Described as Tesla’s “Cybertruck Gigafactory,” the facility will be the main production plant that will build its upcoming all-electric Cybertruck and Model 3/Model Y vehicles. The Tesla Cybertruck will be made of advanced alloy, which has been described as “the most iconic ‘Green’ pickup truck.”

“When most cars are taken to a junkyard today, they are crushed and shredded,” Tesmanian writer Eva Fox said. “That process contaminates high-quality steel with copper and other elements – which means it can only be reprocessed into lower-quality steels. From the Cybertruck, which is made of steel, you can remove the battery, disassemble the insides and send the shell back to the oven. Thus, most of the car could be recycled. Tesla can create relatively clean flows of materials of uniform quality, ideal for processing.”

Tesla posted a $535 million increase in its cash and cash equivalents in the second quarter to $8.6 billion, generating a positive free cash flow of $418 million.

“Our business has shown strong resilience during these unprecedented times. Despite the closure of our main factory in Fremont for nearly half the quarter, we posted our fourth sequential GAAP profit in Q2 2020 while generating positive free cash flow of $420M,” Tesla wrote in its Q2 2020 Update Letter.

“Tesla’s second quarter was hit by the pandemic,” the earnings letter states. “Yet despite the ongoing pressures from the coronavirus outbreak, Tesla managed to deliver over 90,000 vehicles in Q2, thanks to the Model Y building momentum in the United States and the Model 3 hitting its stride in China.”

Because of the performance of Tesla’s stock and soaring share prices, Tesla’s founder Elon Musk stands to see a stock award worth about $2 billion, the second billion-plus-dollar payout this year, the New York Times reports.

The new production facility “will be stunning,” Musk said. “It’s right by the Colorado River. It will have a boardwalk. … It will be an ecological paradise. It will be open to the public as well.”

“Tesla is one of the most exciting and innovative companies in the world, and we are proud to welcome its team to the State of Texas,” Abbott said in a statement. “Texas has the best workforce in the nation and we’ve built an economic environment that allows companies like Tesla to innovate and succeed. I look forward to the tremendous benefits that Tesla’s investment will bring to Central Texas and to the entire state.”

Interested in more news from Texas? We've got you covered! See More Texas News
Previous Article SADOW: Edwards Is Still Ignoring Science And Data On COVID-19
Next Article COVID-19 Seems To Be The First Disease Nobody Wants To Cure