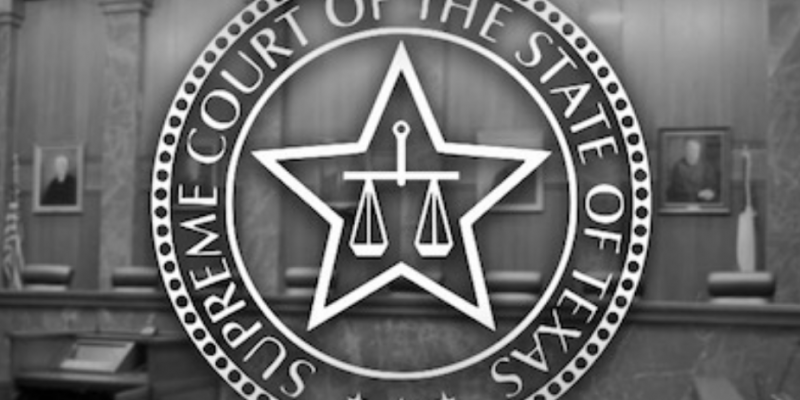 Texas Attorney General Ken Paxton, a Republican, issued a statement over the weekend opposing the writ of mandamus filed with the Texas Supreme Court by a Texas Republican Party Delegate, former chairperson and several others, after a lower court upheld the cancellation of the state Republican Party convention just eight days before it was scheduled to begin.

The plaintiffs argue that the cancellation of the Texas Republican Party (TRP) Convention violates the free speech, right to assemble and equal protection clauses of the Texas Constitution, and is politically motivated by a Democratic mayor who opposes the content of his political rivals’ speech.

Paxton’s statement came two days after the writ was filed in response to a district court’s ruling upholding the decisions of Houston Mayor Sylvester Turner and Houston First Corporation (HFC) to cancel TRP’s contract with the George R. Brown Center, where the in-person convention was to be held July 16-18.

On July 11, Paxton’s office released an 11-page statement explaining its position, saying it was the view of the state “that despite their troubling factual allegations,” the petitioners “do not properly invoke the Texas Supreme Court’s mandamus authority” and the Texas Supreme Court should deny their request.

While HFC “may have important contractual duties to the Republican Party,” Paxton argues, “it is not clear that any such duty is one ‘imposed by law’ within the meaning of section 273.061 [of state election law].

“Indeed, to conclude that a private contractual obligation is a ‘duty’ under section 273.061 could usher a host of routine breach of contract disputes into this court’s original mandamus jurisdiction,” the statement reads. “It is doubtful the statutory text or legislative intent supports that outcome and the Republican Party does not appear to have established this court’s mandamus jurisdiction on any other basis.”

The Attorney General added that although the mandamus records before the court do not support findings that “the trial court clearly abused its discretion,” or that HFC violated a “duty imposed by law,” denying mandamus should not exclude awarding monetary relief to the TRP.

The TRP sought contractual remedies and the trial court overseeing the matter has scheduled a hearing on its request for Monday.

If TRP’s request is granted, it will receive relief, and the TRP “convention [will] proceed as scheduled and obviate the need for emergency mandamus relief,” the statement reads.

Despite the convention scheduled to begin in three days, Paxton argues that the Texas Supreme Court “should not adopt an expansive reading of section 273.061 on the basis of limited and extraordinarily expedited briefing before any lower court has had the opportunity to weigh in first.”

In response to Paxton’s statement,” Jared Woodfill, CEO of Woodfill Law Firm, who filed the mandamus, said, “It is time for Governor Gregg Abbott to change parties.”

He told the Center Square in an email, “A Republican Governor who joins liberal Democratic Mayor Sylvester Turner, to trample on the First Amendment rights of the Republican delegates who worked to get him elected is the height of political arrogance. It seems Governor Abbott has abandoned the Constitution and is actively working to take away our God given liberties.”

The Texas Democratic Party has called for four of the state’s nine Supreme Court justices to recuse themselves from the mandamus case, arguing each of the four has a conflict of interest.

The campaigns of Chief Justice Nathan Hecht and Justices Jane Bland, Jeffrey Boyd and Brett Busby each sponsored the convention, “according to an archived list of sponsors that since has been removed from the Texas GOP’s website,” the Houston Chronicle reported.

Democratic Party Chairman Gilberto Hinojosa said in a statement that each of the four justices is up for election in November “who funds a dangerous convention should not judicially decide the fate of that same convention. All four have interests in the case coming before them and all four should recuse.”