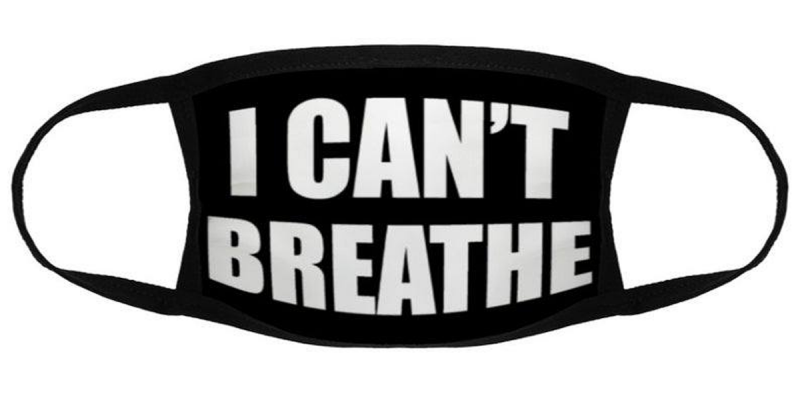 Earlier this week we covered the decision by Jefferson Parish President Cynthia Lee Sheng to criminalize the failure to wear a mask in public in her jurisdiction, including the almost comic idiocy of requiring bar and restaurant patrons to wear masks – presumably at all times when they’re not eating or drinking.

But Sheng’s outpouring of petty tyranny was just the beginning of what’s beginning to look like a full spate of mask mandates popping up around the state. In Baton Rouge, pristine dunce mayor-president Sharon Weston Broome popped off with a mask mandate of her own…

>“My message is simple. Save a life, save our economy and wear a face covering,” Broome said at a news conference with Edwards.

Shortly after Broome’s announcement, the mayors of Central and Zachary announced they would not require patrons to wear masks and some residents expressed concern that the mask requirement undermined their freedom.

Mayor Broome took to Twitter, posting, “I understand the concern of our community. Wearing a mask can be unpleasant. When we look at our stakes, our inconvenience is trivial in comparison to what is at risk, and the loss we have faced in our community thus far. These small sacrifices will allow us to move forward.”

Businesses could face misdemeanor fines for not enforcing the mask requirements. Gyms and churches are exempt from the mandate, along with people who are eating and drinking.

New Orleans Mayor LaToya Cantrell previously issued a mask requirement for nearly all activities in her city, and the New Orleans suburb of Jefferson Parish on Wednesday began enforcing a mandate for masks inside businesses and public places.

The Facebook page for the soon-to-be city of St. George echoed the Zachary and Central announcements, suggesting that were that city up and running, something that would likely be the case now were it now for the lawsuit Broome filed seeking to delay it despite the city passing easily during a referendum last year, no mask mandate would be in force there.

Broome’s mask mandate is interesting, seeing as though she voiced absolutely no concern about the spread of the COVID-19 virus during the two weeks in which mobs of her voters congregated in places all over town for “protests” complaining about the death of George Floyd in Minneapolis, including one event in which hundreds of Black Lives Matter and Antifa demonstrators shut down a Raising Canes because the fried chicken chain’s founder and CEO Todd Graves has been unacceptably silent about endorsing their agenda, and then marched to Baton Rouge District Attorney Hillar Moore’s home in an effort to intimidate him.

She had nothing whatever to say about that obnoxious spectacle, or when a “protest” mob spent multiple nights attempting to occupy a Target parking lot on Siegen Lane in the southern part of the city – which led the store’s employees to board up its front door as a defense against looting like another store in its chain endured. Nothing like that happened, and what violence was had outside the target was internecine; namely, the entertaining altercation caught on video when Arthur “Silky Slim” Reed slugged Gary Chambers.

Perhaps fisticuffs among race-baiters are less likely to spread the virus than chargrilled oysters at Phil’s. We don’t pretend to be experts in virology like Sharon Weston Broome clearly is.

Baton Rouge isn’t the last locale in Louisiana with mask-nazi leadership, however. We’ve been told to expect several other cities and parishes around the state to make similar announcements – Shreveport, Monroe and Alexandria among them.

Something else we picked up from multiple sources at the Capitol ties all this together.

Edwards has said that “enforcement” of a mask mandate is problematic, and that’s why he hasn’t ordered one. Our sources say that isn’t quite the full story.

Rather, the governor is well aware, and terrified, of the fact that the petition circulating in the state legislature now has a dangerously close number of signatures to reaching the required 53-vote majority in the House. As we understand it, that petition currently has a number “in the high 40’s,” and legislators say there are as many as a dozen others who would absolutely add their names to the list were Edwards to promulgate a statewide mask mandate.

That isn’t all. Edwards was given a fairly unmistakable brushback pitch by Louisiana Attorney General Jeff Landry earlier this week…

The Tony Spell case was dismissed because it was moot – the governor’s stay-at-home order Spell violated by holding church services, for which he was ticketed and therefore sued over, had expired. But 5th Circuit judge James Ho was not silent about the larger issue at play…

At the outset of the pandemic, public officials declared that the only way to prevent the spread of the virus was for everyone to stay home and away from each other. They ordered citizens to cease all public activities to the maximum possible extent—even the right to assemble to worship or to protest.

But circumstances have changed. In recent weeks, officials have not only tolerated protests—they have encouraged them as necessary and important
expressions of outrage over abuses of government power.

For people of faith demoralized by coercive shutdown policies, that raises a question: If officials are now exempting protesters, how can they justify continuing to restrict worshippers? The answer is that they can’t. Government does not have carte blanche, even in a pandemic, to pick and choose which First Amendment rights are “open” and which remain “closed.”

The Governor no doubt issued those orders out of sincere public health concerns. To survive First Amendment scrutiny, however, those concerns must be applied consistently, not selectively. And it is hard to see how that rule is met here if the record is developed to take account of the recent protests.

It is common knowledge, and easily proved, that protestors do not comply with social distancing requirements.3 But instead of enforcing the Governor’s orders, officials are encouraging the protests—out of an admirable, if belated, respect for First Amendment rights. The Governor himself commended citizens for “appropriately expressing their concerns and exercising their First Amendment Rights.”4 And he predicted that “we will continue to see peaceful, nonviolent demonstrations and protests where people properly exercise their First Amendment rights.”5

If protests are exempt from social distancing requirements, then worship must be too. As the United States recently observed, “California’s political leaders have expressed support for such peaceful protests and, from all appearances, have not required them to adhere to the now operative 100-person limit. . . . [I]t could raise First Amendment concerns if California were to hold other protests . . . to a different standard.” Brief for the United States as Amicus Curiae at 24, Givens v. Newsom, No. 20-15949 (9th Cir. June 10, 2020). The same principle should apply to people of faith. See, e.g., Lukumi, 508 U.S. at 537 (“[Where] individualized exemptions from a general requirement are available, the government may not refuse to extend that system to cases of religious hardship without compelling reason.”) (quotations
omitted).

Ho’s writings don’t have the force of law, but they are a pretty good indication of what could well be in store should Edwards apply a statewide mask mandate and someone affected by it drags him into federal court as a result.

That means Edwards is hamstrung in his efforts to lock the state back down. As a result the manifestations of mask-nazism we’re seeing are at the local level, where Landry and the legislators wouldn’t have the immediate option to get at them.

Most of those local-government leaders who have already issued mask mandates or are reportedly about to are Democrats taking Edwards’ lead. Sheng would be an exception, given that she’s a registered Republican. But Sheng is a Newell Normand protege, and she’s known as friendly to Edwards. In this respect her action gives less of a bipartisan flavor to the mask mandate craze and actually gives credence to the theory this is a back-door way for the Fourth Floor to avoid the checks and balances available to rein him in.

Is a mask mandate a good idea? Edwards touted new coronavirus numbers yesterday, crowing that the state had more than 2,000 new cases. He also admitted that there were 23,000 tests which produced that number of positives, and 900 of the 2,000 positive results were old – some of them two weeks old. Take those numbers out and the result is rather unremarkable.

Hospitalizations are up a bit, but there is a good deal of anecdotal evidence suggesting that number is less than reliable. After all, hospitals are financially incentivized to mark hospitalizations as COVID-related.

And Edwards yesterday repeated his rather obnoxious, though not quite actionable at law, exhortation to the public not to patronize businesses which don’t enforce mask-wearing. It’s all he’s willing to do, though clearly he’s anxious to have the public in hysterics about the virus again.