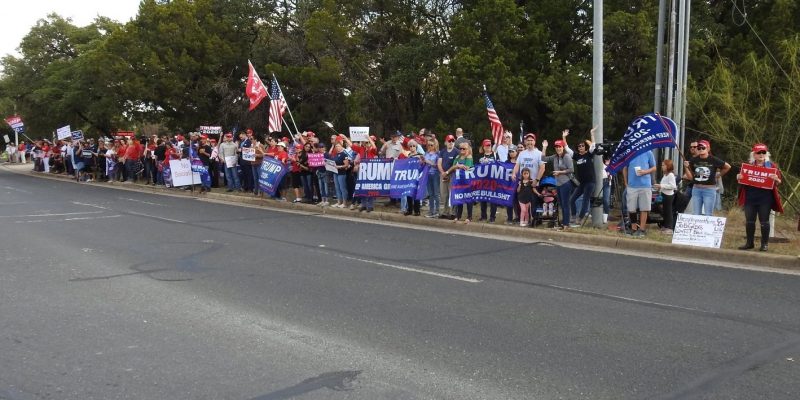 The Republican Party of Texas convention has become a voice of balance and reason when it comes to local and state COVID-19 restrictions.

While state Democrats readily held their convention online in June, their Republican counterparts pointed to party rules which require in-person decision-making, and hailed the Texas convention as a proving ground of sorts for President Donald Trump‘s nomination this August, to be held in Jacksonville. Texas Republicans were in essence saying that though precautions should be taken, life goes on.

Though the state-level GOP convention, scheduled for July 16-18 in Houston, has all along proposed social distancing and other CDC-recommended guidelines to prevent virus transmission, recent decisions have shed doubt on whether those plans will come to fruition. Of those recent decisions, Gov. Greg Abbott‘s newest round of executive orders defer mask mandates and bans of outdoor events over 100 people to local authorities.

Second was Harris County’s COVID crackdown, which placed a looming shadow over convention plans (Houston is the seat of Harris County) — even though Mayor Sylvester Turner, according to the Houston Chronicle, has deferred to convention organizers.

This week, the Texas Medical Association appeared to reverse its stance on the state GOP convention, that it is now dangerous to gather given a recent uptick in positive reports and hospitalizations. Previously, the organization had sponsored the convention as it also did the Texas Democratic Party convention, which was held entirely online.

The State Republican Executive Committee (SREC) plans to meet Thursday to determine options. A survey was distributed to delegates and alternates to gauge opinion.

Chairman James Dickey told the Texas Tribune an online convention is only “an ultimate contingency plan” for the expected 6,000 person gathering. Dickey wrote in an update to Texas GOP email list subscribers on June 24 (before Abbott’s new round of orders) that a “convention town hall” was already in the works for early July.

I want to address an update on the planning regarding CDC guidelines and local orders. There will be an abundance of hand sanitizer throughout the Convention Center.  Rooms will be cleaned thoroughly after each meeting.

We are aware of the local county judges current order requiring businesses who have goods and services to require masks. That order expires June 30.  We will have another convention town hall after the 4th of July and will have more clarity what her intentions are after June 30. We have said all along that people are welcome to wear masks if they wish or welcome not to wear a mask.

We encourage everyone to take the precautions they feel they need to when it comes to masks, just like you do with hand sanitizer and social distancing guidelines. We do not find the current order as it stands to affect our convention business and we do not intend to mandate mask wearing at the Convention.  We will revisit this at our next convention town hall after the 4th of July. We will keep you informed and up-to-date as we have this entire time, as we make the final preparations for our State Convention.

On behalf of the more than 53,000 physician and medical student members of the Texas Medical Association, I am writing to recommend that Republican Party of Texas (RPT) reconsider its decision to conduct your state convention as an in-person function in Houston on July 16-18. This is just not the time to bring thousands of the party faithful from around the state to an indoor meeting in a county that, as I write, reports more than 18,000 active COVID-19 cases.

While much of our state has so far been spared the brunt of the coronavirus attack, our metropolitan areas in general – and Houston in particular – are now among the national epicenters of current COVID-19 outbreaks. The daily chart of active cases in Harris County has been nearly a straight line upward for the past two weeks. As an emergency physician in Houston treating patients with COVID-19, I speak from firsthand experience: It would be best for the health of your conventiongoers and the residents of Houston for the RPT not to hold its biennial convention there as planned.

I personally understand quite well the need for an organization such as the RPT to conduct regular meetings in-person. It goes beyond the business that needs to be conducted and the celebrations that need to occur. The strength of all grassroots organizations, including the Texas Medical Association, lies in the personal relationships of our members, and those relationships need consistent opportunities to grow and develop.

The loss of those opportunities this summer, however, are small sacrifices compared to the health and safety of our organization’s members. Like the RPT, a sizeable fraction of the TMA annual convention consists of longtime activists and leaders – men and women who are now at that age where they are particularly susceptible to the worst that a case of COVID-19 can deliver. That is among the reasons TMA canceled our in-person convention in May.

In conclusion, for the safety of your delegates, officers, staff, vendors, the convention workers, and the people of Houston, we urge the RPT to reconsider holding its 2020 state convention as an in-person event in Houston this summer.

From the hip: We noticed the branding of the 2020 Republican Party of Texas Convention as “Vision 2020.”

With that in mind, perhaps the SREC can re-imagine the scope of the convention entirely by turning it into “the 2020 Texas March for Freedom,” coinciding with a little “community organizing” (e.g. convention business) inside the George R. Brown Convention Center.

If Black Lives Matters demonstrations and protests over police brutality are worth risking health over (resulting in a temporary amnesia of COVID-19 news coverage), why not excuse a deliberative convention process that gives a voice to elected representatives of the People the opportunity to defy the growth of government? After all, intrusively large government takes more lives overall than police brutality alone or allegations of “systemic racism” in modern times. If this is the case, then lives are at stake as government burgeons. Therefore, Republicans must gather in July for the sake of their own lives and livelihoods.

Interested in more news from Texas? We've got you covered! See More Texas News
Previous Article VIDEO: Tucker Carlson Sums Up Today’s GOP
Next Article There’s A Source For All These Local Mask Orders, You Know