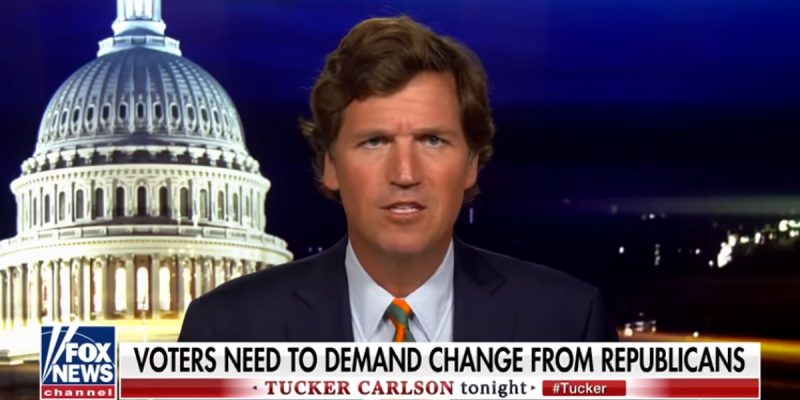 The national narrative today is that the November elections will be a landslide for Democrats, that Joe Biden will wipe the floor with Donald Trump, that Democrats will hold the House and recapture the Senate and that the GOP will get murdered down the ballot. There are polls indicating this will happen.

That narrative is, to be charitable, premature, if not altogether ridiculous. It discounts a whole host of factors – the prevalence of “shy voters” on the conservative side of the spectrum despite clear evidence that people are very concerned about being doxxed or otherwise outed for their private political beliefs and thus not participating in polls, the inevitability of Biden’s self-immolation when he’s finally forced onto the daily grind of the campaign trail, the inevitable effect of public weariness over street rioting and unrest, which almost assuredly will redound to the benefit of Trump and the GOP just as Richard Nixon ultimately benefited from the lawlessness of 1968, and other things.

Trump has had to steer through a storm of impeachment, the Wuhan virus and the George Floyd riots during an eight-month period virtually no president in American history has endured during peacetime. It’s inevitable that his popularity would be at a low ebb. The anti-GOP bias of the mainstream media, which is nothing more than a gaggle of Democrat propaganda shops increasingly bold in printing outright lies and fabrications (the New York Times’ assertion about Russian bounties for Taliban soldiers killing Americans is a perfect current example), is also no small factor, though the media’s credibility is crumbling faster than the supposed electoral fortunes of the GOP.

But that having been said, neither Trump nor the Republican Party have handled this national moment with what could be described as a steady hand. And to the extent this current narrative is to be dispelled, the president and his party need to do better, and they need to do it soon.

For example, why is Anthony Fauci still employed by America’s taxpayers? Barely a day goes by without Fauci making some entirely unnecessary statement which saps national morale and causes a panic among a public already on edge about the COVID-19 pandemic. It’s now quite clear that Trump allowed himself to be led around by the nose by public health bureaucrats who overhyped the virus and caused greatly unnecessary economic lockdowns, and it’s also quite clear that the “flatten the curve” strategy those bureaucrats have imposed on the country has been a bait-and-switch job which makes it impossible to restart regular American life.

The minute the healthcare profession signed on to the Black Lives Matter protest idiocy, as though there is some magical property to leftist demonstrations by which their participants are suddenly immune to the virus in ways that beachgoers, restaurant patrons and athletic spectators are not, the Republican Party should have become the party of returning to normality. And Republican messaging should have been about restoring national courage, self-reliance and common sense – not to mention a very healthy skepticism of conventional wisdom, particularly from “scientists” and bureaucrats who are clearly driven by agendas now shared by the American public. Instead, Republicans have been weak on the issue – if not worse.

Part of that is Trump’s fault. He continues to let the White House’s virus response to be led by Fauci and other incompetents, who have wasted billions if not trillions of dollars and have allowed local hospitals and governmental agencies to scam the federal government with bogus reporting. As a result he’s lost the narrative war on COVID-19, to Joe Biden of all people – and Biden hasn’t uttered a single coherent sentence when it comes to the virus.

And on the Black Lives Matter/George Floyd issue it’s been even worse. Republicans have run for the hills rather than to defend the police from calumny, which is bad enough. Even worse is an abject failure to pin the blame for urban turmoil surrounding the police on the true culprits – the machine Democrat politicians who actively work to impoverish and make miserable their own base voters. Those riots should have been a moment by which the GOP calls out Democrat politicians for the egregious abuses they impose on their people – atrocious schools, hostility to business, and particularly small business, which doesn’t so much destroy jobs as export them to the surburbs those machine Democrats control, crumbling infrastructure, crippling political corruption, a complete abandonment of moral values which leads to a poor quality of life in densely-populated areas and most of all a nanny-state atmosphere which puts police at odds with the citizenry.

Cities run in no small measure on a racket in which police are sent out to write tickets for all kinds of penny-ante offenses, particularly where automobile traffic is concerned. And the fines those tickets generate have been driven largely by the never-ending need of those political machines for more government money to spend. A $300 traffic ticket for not all that serious an offense isn’t uncommon; what is uncommon is somebody living poor in an American city who can afford to fork that over without getting in trouble financially.

And when someone poor saddled with that ticket can’t pay it, all too often they’ll skip out on a court date. Now they’ve got a bench warrant out for them, they can’t renew a driver’s license or an inspection sticker or their car insurance, and the problems mount up to ruin their lives. The police are the personification of that trouble – it’s no surprise the urban poor hate the cops, but it’s the politicians making the rules who have really caused the harm.

Republicans don’t control any of those cities. Republicans have little or nothing to do with what makes poor people in the cities hate the police.

And yet Tucker Carlson had Indiana senator Mike Braun on his show Monday to talk about Braun’s bright idea to go after qualified immunity for cops and to say he supports Black Lives Matter. Which is the height of stupidity for Braun to do. The Senator made it even worse by saying that a lack of engagement in these issues gets Republicans frozen out of the discussion, which is asinine. Republicans shouldn’t be involved in a discussion of things Black Lives Matter wants, other than to point out that Black Lives Matter is a Marxist revolutionary organization which wants to abolish the police – something every totalitarian leftist regime from Nazi Germany to the Khmer Rouge to Hugo Chavez to the USSR has done – along with the nuclear family.

Carlson annihilated Braun on the show, and he went further last night in indicting the Republican Party for its failure to stand up for its own voters, which he correctly identifies as the reason for the current low ebb in the party’s fortunes. He makes three basic demands of Republicans, all of which are correct though we might suggest more: he says the GOP must stand for total equality under the law, meaning the colorblind society suggested by Martin Luther King that all Republican voters have bought into from the party’s inception, he says the GOP must fight furiously for the freedom of speech, something which requires courage but is a sure-fire electoral winner, and the GOP has got to rediscover the fact that the American middle class is its base.

Those things are clearly necessary, and they aren’t that hard. They’re pillars of the party’s foundational belief system. What’s needed, as Carlson notes, is for Republican politicians to actually fight for them.