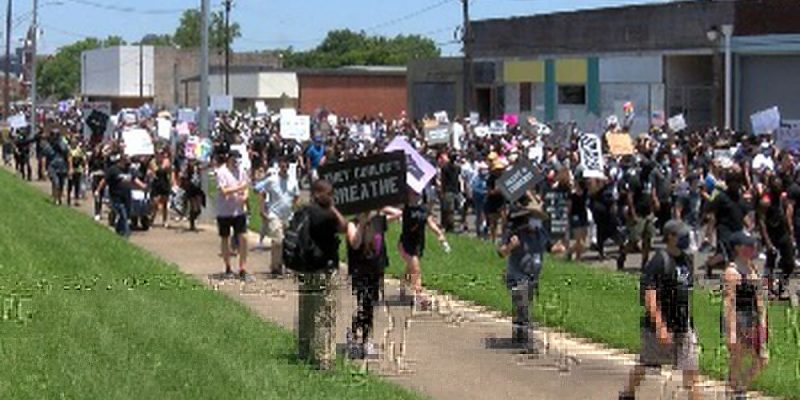 In Shreveport, “Black Lives Matters” has found its economic blackshirts with their blacklist.

“Blackshirts” was the nickname given to a militant wing of the Italian National Fascist Party under Benito Mussolini. Its members used violence against political opponents to help Mussolini consolidate control over the country nearly a century ago.

Today, a group styling itself “We, the People” in Shreveport and Bossier City continues in that tradition of intimidation. It alleges it “is a Citizen-Led Initiative focused on bringing justice to the many victims of systemic racism & oppression, as well as reformation of systemically oppressive legislative policies. We fight for The People.”

In existence only for weeks, it has held a march or two against reported police brutality. Of course, nobody opposes that sentiment, but the group adheres to the discredited notion that racist police disproportionate commit misconduct against blacks, when in fact the data show black arrestees don’t disproportionately have deadly force used against them and that black officers shoot unarmed black suspects more often than do white officers, among other points that invalidate that thesis.

This mirrors the gateway proposition of the radical national political organization Black Lives Matter, and is the Trojan Horse used to suck in people generally uninformed or otherwise apathetic about politics to parrot support of it. BLM has a divisive Marxist agenda centered on propagating the idea that police are racist, as this will erode the rule of law and destabilize the political system to make America more receptive to believing that purported police violence against blacks mirrors larger kinds of violence, such as “economic,” that make for an oppressive system against anyone the group declares “privileged,” one ripe for radical change.

Central to that strategy is suppression of free speech and dissent to that message, through intimidation, because the message itself is so absurd on face. This needn’t come necessarily in physical form, as happens too often during BLM protests (as it did in Baton Rouge in 2016). “We, the People” have adopted this tactic virtually in the economic sphere, relying upon the Marxist adage that capitalists will supply the rope with which they will get hanged.

It has concocted a list on social media mostly of Shreveport restaurants and bars that openly display support, by signage or social media posts, for BLM, and another one for all others (even though some businesses are listed on both). Its representatives declare that those who don’t make an affirmation for them are against them and qualify for the latter roster, which should be boycotted because failure to affirm, according to one organizer, means “as a consumer I have a right to know if people are going to hate me because of the color of my skin.”

This uneducated and intolerant attitude tries to intimidate businesses into showing support. Probably few owners actually know anything about, much less back, BLM goals, and just haplessly capitulated to achieve an economic truce fearing the loss of even a handful of customers at a time where restrictions against their operating remain in effect as a result of the Wuhan coronavirus pandemic. That few is about all the potential customers who will notice and act upon such a thing (and it might have a reverse impact: thoughtful and knowledgeable folks seeing a placard outside an establishment proclaiming “Black Lives Matter/Whites By My Side” might shun it.)

(And this isn’t the end of it. Group organizers pledge maintenance on the allies list eventually will depend upon how many racial minorities an employer hire and whether they contribute to the campaigns of ideologically incorrect candidates.)

The significance of the enemies list isn’t in its almost insignificant reach, but in that it exists at all. It isn’t Montgomery, where a mass transit boycott came from treating people unequally on buses. Rather, it’s Caracas, where an autocrat like Mussolini came to power two decades ago using the same dialect of class warfare and intimidation and who with his successors subsequently cast Venezuela into ruin.

“We, the People’s” constipated mini-fascists who see those as not with them as against them can declare whatever they want, but it’s up to informed citizens thinking critically to reject the group’s message of hate.