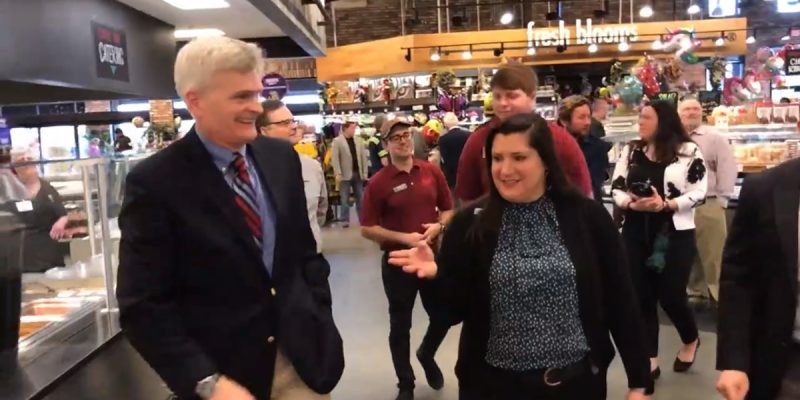 Louisiana Legacy, the premier PAC supporting the re-election of Senator Bill Cassidy just released a video highlighting the broad support for Cassidy among conservative legislators across the State of Louisiana. The video is a cinematic checklist of all the things Bill Cassidy has done to better Louisiana and highlights some of the key initiatives of the senior senator, including his work on lowering prescription drug costs, ending surprise medical billing, and championing the Paid Family Leave Act, which he worked hand in hand with President Trump’s daughter and White House advisor Ivanka Trump.

This video is well timed with Senator Cassidy’s official qualifying for the 2020 race later this week. Clearly, LA Legacy is ready to work to get this man another 6 years and they’ve got the firepower to do it. According to sources, a pretty lofty digital buy has been placed to get this ad, or some variation of it, up statewide.

With qualifying starting today and going through Friday, this splash of support comes in spite of a weak field of opposition made a little stronger by Shreveport mayor Adrian Perkins jumping into the race. We’re happy Perkins is in – the previously-announced candidates generated little in the way of evidence that they could even make a notable race against Cassidy. Perkins can’t beat him, but at least he’ll raise enough money to get on TV and give Louisiana’s voters a reason to go to the polls beyond the presidential contest in November.

Check out the full video below…

Interested in more national news? We've got you covered! See More National News
Previous Article You Really Ought To Read The Complaint In Molaison v. Edwards
Next Article SADOW: Friday Ellis’ Surprise Win In Monroe Might Be A One-Off