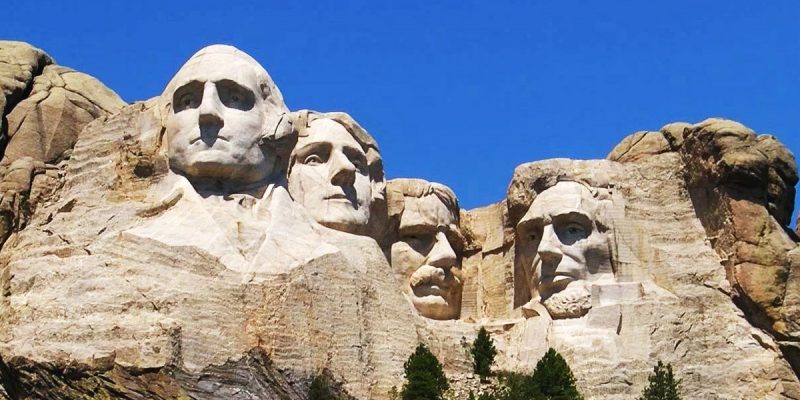 This is pretty powerful stuff and it’s obviously quite timely, considering that the Left has now decided they want to trash Mt. Rushmore as a “racist” landmark. Obviously, Jeff Landry opposes that, as one would imagine the vast majority of Americans do.

There is some history behind the artistic masterpiece in South Dakota which isn’t exactly pristine. Gutzon Borglum, the sculptor responsible for the monument, was unquestionably an unsanitary figure by current standards. Borglum was a member of the Ku Klux Klan and not just a white supremacist by a Nordic supremacist; he was of Danish descent and grew up Mormon in Idaho as the product of a plural marriage (his father was married not just to his mother but his aunt as well). There is little question as to his talent as an artist, and in a more intellectually sound and less-revolutionary era it’s the quality of his work and not whatever obsolete or odious political or societal views he might have held which would be carried into his legacy.

But this is not such an era, and thus Gutzon Borglum is a persona non grata.

Which means in this moronic age of iconoclasm, anything Borglum did would be subject to Democrats pulling it down – regardless of the fact that when Gutzon Borglum was a member of the Klan it was considered a perfectly respectable organization, particularly by Democrats. In fact, the 1924 Democratic National Convention was populated by so many Klan members it was termed “the Klanbake” by reporters covering the festivities. Calvin Coolidge annihilated Al Smith, the Democrats’ nominee, that year.

But the figures represented in Borglum’s masterpiece, Washington, Jefferson, Lincoln and Teddy Roosevelt, have not been typically portrayed as racists; in fact, they’re beloved figures of American history. While Mt. Rushmore might be in poor odor on the Left due to the antics of its creator, you wouldn’t think there would be any serious attempt to eliminate the most beautiful rock-face sculpture ever made.

But as the Landry video suggests, it isn’t unreasonable to see it coming – because all the elements are present. As Landry notes in the video, each of them have been the victim of vandalism already.

Thanks to Landry for showing us a future, and a present, that the Left is attempting to bring to us.

It’s time to recognize what this campaign of defenestration represents.

Revolutionaries throughout history – with the American revolution being a signature exception to the rule – always destroy the culture, economics and law of the regimes they replaced. From the Taliban in Afghanistan to the French Revolution to the Soviet Union to Pol Pot and the Khmer Rouge to the Nazis to the Maoist Cultural Revolution in China, the revolutionaries burn the books, destroy the statues, take hatchets to the relics, deface the buildings and obliterate what came before.

It’s done for a reason. When the old culture is gone, the way is made for the new culture that the revolutionaries control. And culture controls thought.

Without Washington and Jefferson, there is no Declaration of Independence and no Constitution. Without those, all that’s left is modern American politics which no one is satisfied with. And if that is all we stand for, we’re easy to sweep away in favor for the Antifa/Black Lives Matter/Marxist-led reality the rioters and wreckers in the streets wish to see.

In Lafayette, the Republican mayor has relented and will take down a statue of Gen. Alfred Mouton, whose family founded the city. Mouton fought for the Confederacy, so he “certainly” had to go. But that cowardice will be rewarded with new demands and the “peace” Josh Guillory stupidly thought he was achieving by offering up the little stone Sudetenland won’t last.

These are revolutionaries. This isn’t about statues. This is about an America they want to sweep away.

It’s time to fight back.

Interested in more national news? We've got you covered! See More National News
Previous Article The New York Times’ Sexist Attack On Liz Murrill
Next Article JOHNSON: Never, Ever Give Up On America