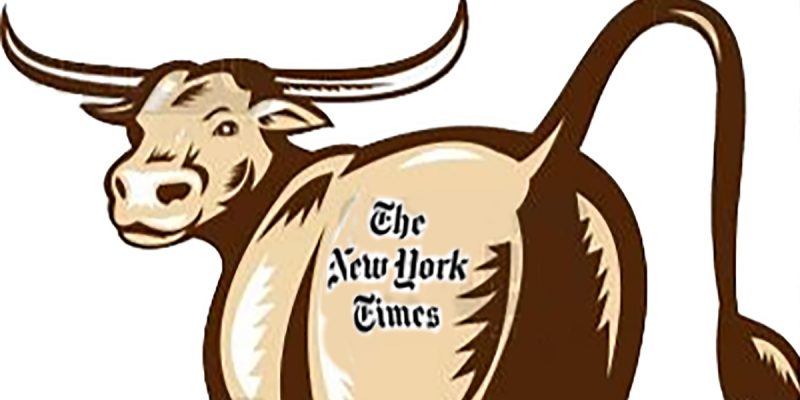 If you weren’t aware, Louisiana’s solicitor general is a woman. Her name is Liz Murrill, and she is exceptionally well-regarded in the legal profession despite what you might have seen in the New York Times.

Murrill was the attorney for the state in the case of June Medical Services v. Russo, which was decided by the U.S. Supreme Court last week. Louisiana lost the case, not because of Murrill’s arguments but because of politics – or maybe something else.

What happened in the June Medical case was that John Roberts, the Court’s Chief Justice, sided with the leftists in order to protect abortionists from a state regulation requiring someone be on duty at an abortion clinic when abortions were happening who has admitting privileges at a local hospital. The factual record behind the case showed very clearly that Louisiana has a problem with the quality of health care providers at abortion clinics, and the law in question was a bipartisan piece of legislation authored by a Democrat, current state senator Katrina Jackson.

There was another case similar to June Medical, namely the Hellerstadt case out of Texas in which a similar law was struck down. But the circumstances in Texas were different; the law was more restrictive, and it stood out against Texas’ usually very lax occupational regulatory regime. Worse, Roberts had dissented in Hellerstadt; he would have upheld that law.

So ultimately, if we’re to give Roberts more credit than he may deserve, the Chief Justice decided to go with mindless Supreme Court precedent over his own principles.

There was a crackpot article in Slate following the Supreme Court’s decision in June Medical which attacked Murrill as incompetently bringing Louisiana’s case to the court, and that article was used as the basis of a New York Times piece earlier this week which parroted Slate’s conclusions. All of a sudden Liz Murrill is a terrible lawyer – according to a newspaper fresh off the humiliation of a fabricated story claiming President Trump was told the Russians were paying bounties to the Taliban for dead American soldiers and chose not to do anything about it. He wasn’t briefed about the claims, contrary to the Times’ reporting, and the fracas is typical of the propaganda that paper puts out daily.

In Murrill’s case, it’s the usual song and dance. A junk article in Slate is then bootstrapped into a statement by the Times’ editorial board that she’s “widely believed to have bungled the job” and therefore there was nothing fishy about Roberts’ strange, though hardly uncommon, departure from his own established principle.

Ed Whelan at National Review isn’t buying it, and offers a theory by way of explanation for the NYT’s hit job…

I attended the oral argument in the case—more precisely, I ended up listening to the argument in the lawyers’ lounge—and Murrill’s oral argument struck me as well within the ordinary range of oral arguments at the Court. I’ve inquired of a couple of people who were in the courtroom, and their reaction was the same as mine. To be sure, the case was an especially difficult one to argue, both because it involved a complicated factual record and because Murrill faced a barrage of hostile questioning from the liberal justices. As is often the case, there is surely room for critics to engage in hindsight second-guessing of her argument. But the editorial board’s slam of Murrill strikes me as very unfair.

Note that the hyperlinked support for the editorial’s claim that Murrill is “widely believed to have bungled the job” is a single Slate piece by Mark Joseph Stern. Consistent with his usual level of propaganda, Stern contended that Murrill “lied” and made “falsifications of the record.” But a careful parsing of his charges shows that he was faulting Murrill for pushing back on the debatable inferences and characterizations of the record that the liberal justices were advancing as part of their attack on the favorable Fifth Circuit decision that Murrill was defending.

Why did the NYT editorial board go so strangely out of its way to disparage Murrill? I’ll hazard a conjecture. The editorial board presents itself as “a group of opinion journalists whose views are informed by expertise, research, debate and certain longstanding values.” Foremost among those values is a commitment to unrestricted abortion as a supposed protection of (in the words of the editorial) “the bodily autonomy of American women.” That a highly accomplished female attorney like Murrill would vigorously defend Louisiana’s law (as her job as state solicitor called for her to do) threatens the progressive fiction that all intelligent and educated women must be pro-abortion. Murrill must be punished for betraying the Sisterhood.

It’s a tired, and tiresome, bit of leftist arrogance which is rooted in bigotry at work here. Women are not allowed to be pro-life, just like blacks are not allowed to be conservative. You must embrace the politics of the demographic group to whom you belong, even if those politics aren’t all that reflective of said demographic group. There is no pro-abortion consensus among women, and particularly not among married women. There might be a majority in favor, but certainly no unanimity.

Nor is there unanimity among women that abortion clinics can hire anyone off the street to perform the procedure, which was essentially what Murrill’s argument was. You could be pro-abortion and still think it’s a bad idea not to impose some form of quality control on a procedure from which women can and do die.

Nevertheless she isn’t allowed to make those arguments and must be destroyed by the New York Times for making them.

If that isn’t sexism driven by leftist politics, then it simply doesn’t exist.

Interested in more national news? We've got you covered! See More National News
Previous Article SADOW: In Shreveport, An Experiment In Universal Basic Income
Next Article VIDEO: You Get What You Vote For, Says Jeff Landry